‘Ngayon Kaya’ star Paulo Avelino shared more details about his first movie project with Janine Gutierrez which was shot before the pandemic. 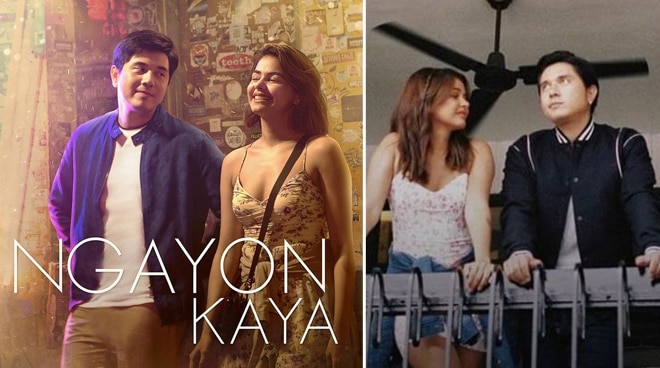 Having been in the US earlier this year doing a concert tour with Ogie Alcasid and Janine Gutierrez, Paulo Avelino said he was happy to also have the opportunity to visit his son Aki who is now based in the US.

With his film finally getting its theatrical run this month, Paulo admitted he is relieved it will be seen by the public starting June 22.

“Finally happy kasi parang dalawang beses na natigil yung pagpapalabas namin sa pelikula pero mukhang tama yung timing ngayon at masaya. We shot this pre-pandemic so this was actually our first project together. So when we were shooting this, it was the classic way of shooting na parang uwian pa and every other day or twice a week.

In Ngayon Kaya, Paulo’s character Harold is a shy probinsyano who is a simple working student who ends up joining a band when he meets rich girl (Janine Gutierrez). Despite the difference in their social status, the two grow closer until he starts developing feelings for her.