Netflix announced on June 7 that 'All of Us Are Dead' has been renewed for a second season. 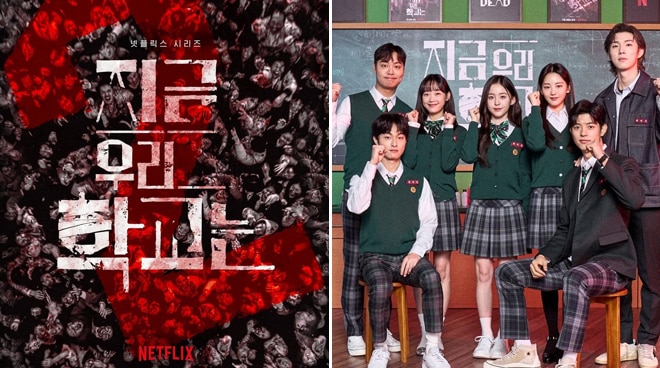 Netflix confirmed that the second season of All of Us Are Dead is happening.

The streaming giant posted a video on Tuesday, June 7, with the cast members of the show announcing the confirmation of a season two of the zombie series.

"Hello everyone. It's been a while. Thank you to the Netflix fans worldwide for giving so much love to All of Us Are Dead Season 1," Yoon Chan-young said in the video.

Park Ji-hu then teased, "How are you? We've been doing well. Did you hear the news?"

Park Solomon then confirmed, "All of Us Are Dead season 2 is confirmed. We hope you also enjoy Season 2."

Cho Yi-hyun fueled the excitement by saying, "What will happen in All of Us Are Dead in season 2? My friends are waiting for me, so I'm going to leave now. See you!"

Fans were quick to express their excitement following the announcement.

"After season one, I was like they're going to have a season two and here it is.  I'm so excited!" one fan said online.

"Out of all the K-Dramas I’ve watched, All of Us Are Dead is the only K-Drama I grew emotionally attached to. I’m so happy that there’s gonna be season 2," another fan commented.

"I'm so excited! I can't wait to dive into the story more and see these actors on screen again!" another fan stated.

All of Us Are Dead premiered on Netflix on January 28. The series tells the story of a group of students who get stuck in a high school campus in the middle of a zombie apocalypse.

The series made it to the Top 10 TV series of Netflix in 91 countries after it premiered. It also became the number one series in the Top 10 (Non-English TV) list in 29 countries.

According to Netflix, All of Us Are Dead gained around 124.79 million hours of views within three days since it premiered.

In an interview with The Korea Herald in February, series director Lee Jae-kyoo shared that he is hoping for a second season.

"Many directions, settings and scenes were intentionally produced to expand the story into an additional season, including the introduction of the new races of zombies - immune and immortal," he said in the interview.

READ: 'All of Us Are Dead' director shares what to expect if season 2 is possible

"If the first season can be seen as having presented humanity‘s survival, the next season can talk about the survival of zombies. I hope to present viewers with another season," he added.

The director also remarked that he hoped the series would also encourage viewers to make personal reflections.

"The origin of [the] zombie virus was introduced in the series as an attempt to highlight the people who take responsibility and those who do not when an event, such as school violence, occurs. Though it is another zombie action thriller, I thought the series provides the viewers with a chance to think about what kind of people they are,” he said.

All of Us Are Dead Netflix