Janine Gutierrez reveals the biggest ‘what if’ moment in her life

‘Ngayon Kaya’ star Janine Gutierrez talks about why her latest film took more than two years to be released. 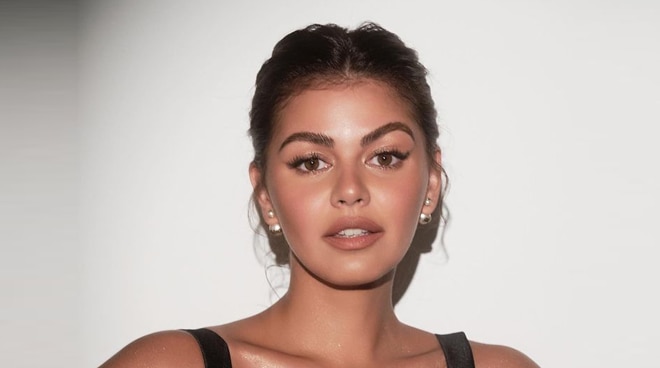 In her latest film role Ngayon Kaya, Janine Gutierrez plays the role of a rich college girl who connects with a shy working student (played by Paulo Avelino) in what is the beginning of a close friendship which eventually develops into something deeper for both of them at different points in their lives.

READ:  Janine Gutierrez shares why she calls Paulo Avelino a ‘bully’ on the set

Even before she and Paulo shot their first teleserye together Marry Me, Marry You, Janine admitted they had already finished filming Ngayon Kaya which was originally scheduled for theatrical release in 2020.

Playing two college students at the start of the film, Janine said all their scenes were shot in chronological order despite the film jumping from present time to the past.

“Luckily we were able to film it somewhat chronologically because I had to cut my hair for the present scenes. So in a way, sobrang nag-benefit na nag-request sila ng change look kasi nahati yung feel and yung mood ng first part which is yung younger, college, carefree, to the present na parang grown up tapos medyo nagkapalit kami ng situation in life,” she added.

Just like her character onscreen, Janine shared that she also had a big “what if” moment in her life and the biggest one was related to a work opportunity.

“I have something off the top of my mind. A random funny story lang. Super nakaka-relate ako sa character ko dito kasi I also believe na parang in manifesting and things like that. Very ganun ako mag-isip.

“And then many, many years ago, I auditioned for the Encantadia reboot in GMA and then parang na-shortlist, parang umabot ako sa finals. And I was considered to be Amihan. But in the end the role went to someone else tapos sobrang heartbroken ako kasi sobrang fan ako ng Encantadia, fan ako ni Iza (Calzado) so parang di ko ma-gets, oh my gosh, like parang gusto kong gawin ito pero I didn’t get it.

“And then when I got the script of this (film), nakita ko yung name ng character ko is Amihan. So I was like, oh my gosh, gets ko na that this was the Amihan that was meant for me,” she revealed.