Ian Veneracion defends focusing on his music career this year: ‘I’m not pretending to be a singer!’

Actor and singer Ian Veneracion talks about why he has different passions for acting, singing, painting, and sports. 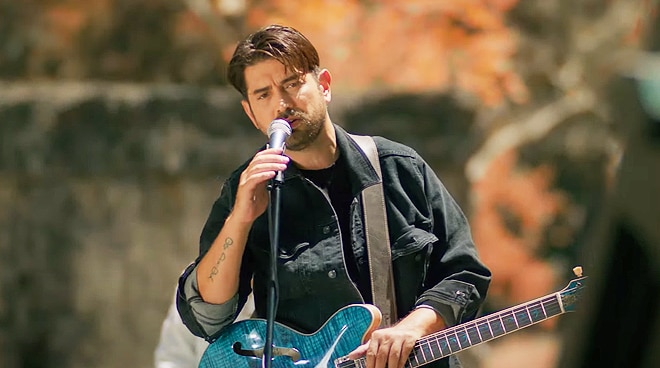 Even though he has been performing music live even before the pandemic, Ian Veneracion admitted he sometimes still cannot believe that people like his new manager Ogie Alcasid believed in his potential as an artist.

“Nagulat ako kasi because when I went into singing, I’m not known for being a singer. I’m an actor talaga my whole life. And then I was so flattered na si Ogie, an accomplished singer and songwriter, believed in me and actually spent money to produce a concert for me. So parang grabe ah, I felt the warmth and acceptance. Siyempre yun yung mahirap makuha, yung tiwala ng mga nandun na,” he shared.

Ian also shared that his working relationship with Ogie is also casual because of their close friendship even before he signed on as an A Team artist.

As an actor, singer, painter, and sports enthusiast, Ian was asked to share which of his many passions he loves the most. But Ian explained why this is not possible for him to do so.

“I cannot rank them kasi different stages of my life different passions. Like for example, there was a time in my life where I was so much into painting. There was a time naman na acting talaga. Recently, it’s music. Iba iba talaga. May season na wala akong gagawin kundi mag-motor, or wala akong gagawin kundi mag-paraglide. Pero they are all of equal importance because they give different levels of satisfaction to me and na-e-express mo ang sarili mo in different creative ways.

Ian also talked about why different forms of the arts are an important form of expression for him as an artist.

“As an artista kasi you have many possibilities to express yourself creatively. If ever I’d like to inspire anyone, it would be to not just stick to your comfort zone or the medium that you’re used to. Wala namang limit yung creativity mo.

“I’m not pretending to be a singer. I’m just trying to express myself and whether it’s piano, guitar, or singing, it doesn’t really matter. It’s just me expressing myself. So wala namang judgment dun so I’d like to encourage other artists also to get out of the medium that they’re comfortable with. Kasi kailangan natin yun sa buhay natin. Kailangan natin ng means to express ourselves artistically and napakadaming choices,” he said.

This year, Ian said he is looking forward to performing for more live audiences in and outside the country.