Seth Fedelin set his followers abuzz on Sunday as he posted a new photo of himself with his onscreen partner Francine Diaz. 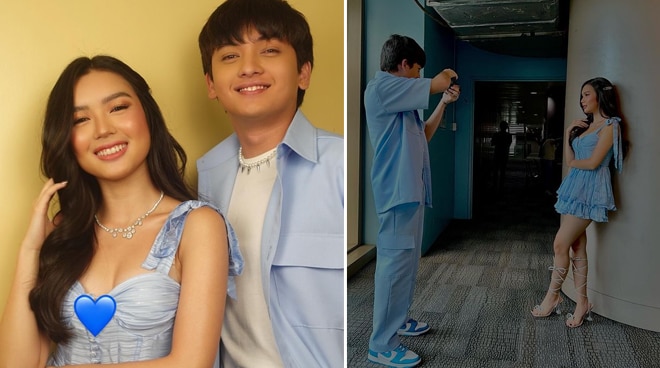 Seth Fedelin set his followers abuzz on Sunday, June 5, as he posted on social media a new photo of himself with his onscreen partner Francine Diaz.

The photo, which he uploaded on Instagram, sees the two wearing matching blue outfits, with Seth taking a snap of Francine as the actress struck a pose. It was captioned simply with a camera and a blue heart emoji.

As of this writing, hundreds of thousands of netizens have "liked" Seth's post, with fans of their new tandem, dubbed "FranSeth", gushing in the comments section.

Based on Francine's own update, the said photo was taken moments before she and Seth graced the ASAP Natin 'To stage last Sunday, June 5.

Francine, 18, and Seth, 19, are set to topbill the upcoming ABS-CBN teleserye Dirty Linen, alongside Janine Gutierrez and Zanjoe Marudo.

The series marks Francine and Seth's first project as an official onscreen pair, and without their previous love team partners Kyle Echarri and Andrea Brillantes. The four are known as members of The Gold Squad, which was launched via the hit afternoon drama Kadenang Ginto in 2018.

An airing date for Dirty Linen has yet to be announced.