Dua Lipa penned a tribute for her collaborators as she marked the fifth anniversary of her debut album. 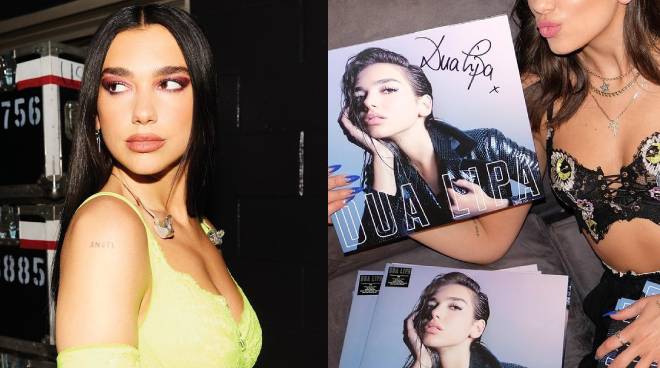 Dua Lipa took to social media to mark the fifth anniversary of her self-titled debut album.

On her Instagram page, the pop star paid tribute to her collaborators who helped her with her music journey.

"5 years ago today I dropped my debut album ~ I’m so proud of every baby step and stepping stone, every room, club and venue, every artist, songwriter and producer that I’ve been lucky to write and collaborate with and that has led me to where I am today," she said.

The singer also extended her gratitude to her fans for supporting her all these years.

"I thank my lucky stars everyday and I thank you all for being on this insane journey with me," she remarked.

Fans of Dua were quick to commend Dua on her exemplary journey as a music artist.

"So incredibly proud of you!!! You deserve all of this success," one fan commented.

"We love you forever queen," another fan wrote.

Dua released her self-titled album in 2017.

In 2020, she released her second album Future Nostalgia which earned her the Best Pop Vocal Album award at the 2021 Grammy Awards.

In March this year, Dua revealed that her upcoming album is already "50%" done.

"It’s like, I want to say, maybe 50% of the way. I’ve still got lots more to do, but it’s starting to feel good," she revealed in an episode of Dua Lipa: At Your Service podcast.

"It’s starting to take shape. I’m very excited about some of the new songs, so it’s always exciting to look forward towards something," she added.

Meanwhile, in an interview with The Wall Street Journal in January, Dua shared that her new album has its own unique sound.

"It has a vision. It has a name, I think—for now. It’s just been fun experimenting. I’m always going to make pop music, but it has its own unique sound, which is exciting and something that feels like a movement from Future Nostalgia. It’s still in baby form, so we’ll see as it progresses," she remarked.