After months of shooting, the official trailer for ‘Flower of Evil’ was finally unveiled. 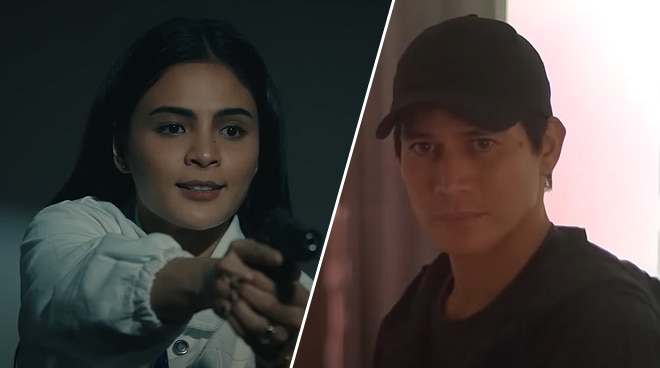 After the official poster reveal last month, the much-awaited official trailer for the upcoming Philippine adaptation of South Korea’s hit series, Flower of Evil, was finally revealed to the public last Wednesday, June 1.

In a watch party hosted by Bianca Gonzalez, the cast and crew behind the series adaptation could be seen with their raw reactions to the trailer. The watch party was streamed simultaneously on all of ABS-CBN’s online platforms.

The Filipino adaptation of Flower of Evil will be following the same plot as its South Korean counterpart. Iris, who will be played by Lovi Poe, is a police detective who investigates a murder case which is linked to the past of her husband Jacob, played by Piolo Pascual.

The trailer starts off with the seemingly happy couple and later goes into Iris meeting her husband’s alter ego.

In the official poster reveal press conference, lead actors Lovi and Piolo were very excited to show to the viewers the series they’ve been working on for the past months. “The storytelling is different from the Korean version. More than feeling pressured, there’s excitement because we’ve successfully managed to own this story,” Piolo shared.

“We created something amazing here. I’m so excited to watch everything we’ve worked for. It’s even made beautiful by the fact that we’ve created a ‘Flower of Evil’ version na may pusong Pinoy,” Lovi added.

READ: Piolo Pascual and Lovi Poe are excited about their new series ‘Flower of Evil’

Flower of Evil will start streaming on June 23 on the streaming service platform, Viu, in 16 countries in Asia, Middle East, and South Africa. Meanwhile, its local television broadcast in ABS-CBN will be streamed two days after via the Kapamilya Online Live, Kapamilya Channel, and A2Z.