Joseph Marco still couldn’t believe he worked with the Megastar. 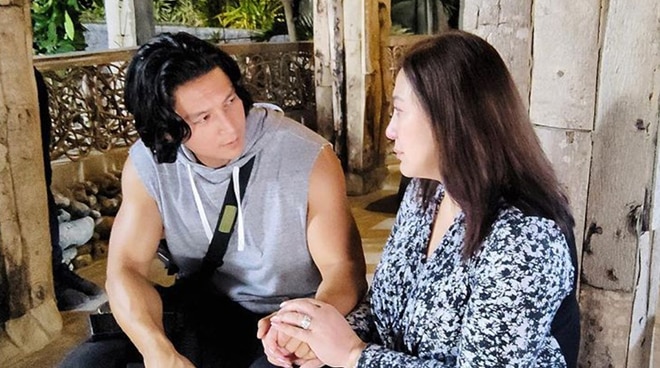 Joseph Marco couldn’t help but be amazed and thankful after having a scene with the Megastar, Sharon Cuneta, in FPJ’s Ang Probinsyano. The actor posted on his Instagram a seven-minute video of the scene that he and Sharon acted in.

As seen in the video, the Megastar and Joseph had a very meaningful exchange of dialogue and viewers were able to see the emotions of the two actors in action.

The 33-year-old actor remembered his humble beginnings in his caption. He remembered all the challenges that he went through when he first began acting.

This scene in Ang Probinsyano was very important for the actor as he was reminded of how far he had come in his career. He felt very thankful that he didn’t give up the path that he wanted to take and now he had the opportunity to act with one of his idols in the showbiz industry.

Joseph still couldn’t believe that he did a scene with Sharon as he posted it on his Instagram. He thanked the production team, ABS-CBN, and actor Coco Martin for making all of this possible for him.

“To the #Megastar, maraming salamat. I am beyond grateful for this experience. Thank you for being so generous and supportive. I will carry this beautiful experience for the rest of my life. Surreal,” he said.

To end his post, the actor gave a piece of advice for those who are still trying to pursue their dreams––whatever it may be.

Friends and followers of Joseph were all praises for his acting in the scene on his comment section.