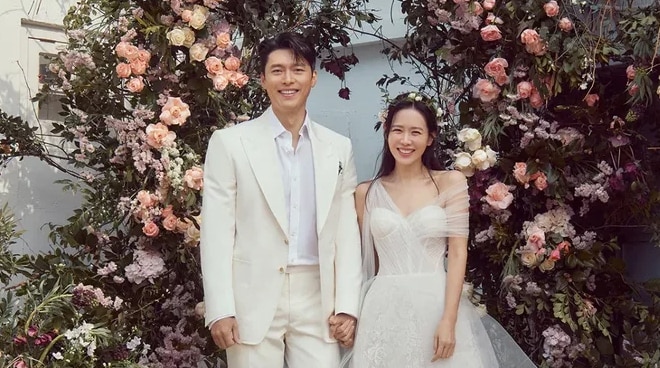 Ye-jin made her announcement through a lengthy post on Instagram on Monday afternoon, June 27. Photo of flowers in full bloom can be seen in her post.

The Crash Landing on You star said she can now feel changes in her body.

“You are all well, right? I am doing well^^ Today, I want to carefully share some joyful news~ A new life has come to us.. I’m still a bit dazed, but I am feeling changes in my body every day with concern and excitement~” she wrote.

Ye-jin said she decided to share the news because she and Hyun Bin knew fans have been waiting for the announcement as much as they did.

“As thankful as I am, I also feel that much cautious, so I haven’t even told anyone around me yet. Before it gets later, I am sharing this news with fans and acquaintances who must have been waiting as much as us,” she added.

She ended her post by telling fans that they will do everything to protect the life of their child.

“We will make sure to protect the valuable life that has come to us~. I hope all of you will also protect what is valuable in your lives and live in good health.. Be happy,” she remarked.

Hyun Bin and Son Ye-jin got married last March 31 at the Aston House of the Grand Walkerhill Seoul Hotel.

The couple confirmed they were officially in a relationship in 2021. Meanwhile, they announced their wedding plans in February this year.

Hyun Bin and Son Ye-jin starred in the hit series Crash Landing On You which has become a global phenomenon. But the couple first worked together in the film The Negotiation which was released in 2018.