REVIEW: Why ‘Ngayon Kaya’ is the ‘hugot’ film you really should watch

Paulo Avelino and Janine Gutierrez’s first movie pairing is a bittersweet but still beautiful lesson about love and life. 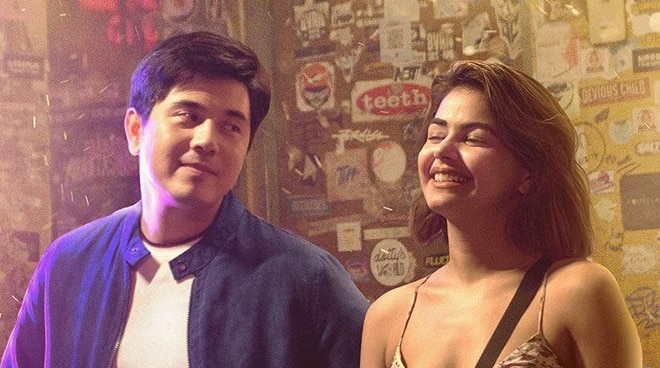 Originally scheduled for release in 2020, director Prime Cruz’s latest film Ngayon Kaya took some time getting to the cinemas, but the extended wait proved to be worth it after watching the film. Not to be discounted as just another “hugot” film, which seems to be one of the guaranteed popular formula with most Pinoy viewers, Ngayon Kaya tries to carve out its own niche as it digs even deeper into emotions to reveal even more painful but inevitable truths about life more than love.

In the film, Paulo Avelino’s character Harold is an unassuming shy probinsyano and working student from Dagupan who ends up joining a two-man band with his classmate AM who is a lonely rich girl with aspirations of making it big in the music industry someday despite being told she should join the medical field by her two parents who are doctors.

From the start of their friendship, Harold's black and white view of the world is given color to by AM's always optimistic personality. And despite the difference in their social status, the two build a close bond throughout college because of their shared love for music until the urgency in Harold’s plans to work in Canada arises.

READ: Janine Gutierrez reveals the biggest ‘what if’ moment in her life

Although they were first launched as an onscreen couple in the series Marry Me, Marry You earlier this year, Paulo and Janine’s first working experience together on the set is actually in Ngayon Kaya and their raw chemistry shows onscreen as their characters navigate the ups and downs of growing up as fresh graduates and as adults later on in the film.

Bouncing from present to past times, the two leads portray very realistic characters that people can either relate to or be reminded of someone who resembles them because of how genuine each role was fleshed out. More than just going through the usual poor-boy-meets-rich-girl-and-falls-in-love route, Ngayon Kaya makes its audience think about why and when relationships should or shouldn't work out.

In the trailer of the film, Paulo is seen in the boarding area taking a call from Janine. Although airport scenes almost always have emotional overtones. In real life, looking around there will always be the less than happy separations, the emotional goodbyes, and the hidden pain in those who have to leave and even those being left behind. The two airport scenes in Ngayon Kaya are no different, but will unexpectedly hit you harder where it hurts, no matter what your love life status is. In one beautifully wrapped heartbreaking moment, Paulo and Janine’s characters proved how love doesn’t always have to be verbally declared for it to be real. For that one scene alone, Ngayon Kaya has already cemented itself as the ‘hugot’ film to beat in this generation.

Some people may want to watch this film as an avid fan of the Paulo Avelino, Janine Gutierrez, or both of them. Or maybe they would want to watch it as a fan of hugot films. But more than just being about Harold and AM, Ngayon Kaya is about everybody's own love story. it's about the sweet and sad moments and the unforgettable feelings, accompanied by the timeless songs of Mayonnaise to make it gold.