Anne Curtis sported a brand new look as she appeared on the latest cover of fashion and lifestyle magazine ‘L'Officiel Philippines.’ 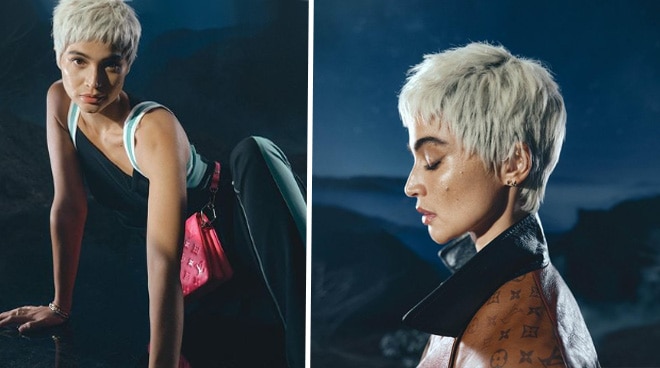 Anne Curtis sported a brand new look as she appeared on the latest cover of fashion and lifestyle magazine L'Officiel Philippines.

Taking a break from her black, long locks, the It's Showtime host rocked a blonde pixie cut while decked out in Louis Vuitton in her cover shoot shot by BJ Pascual.

"In a career spanning two and a half decades, you’ve seen #AnneCurtis play every part possible: the misunderstood outcast who discovers her powers, the saucy Aussie balikbayan, the lovestruck dream girl, the other woman, the jilted wife, the police officer on a mission. Every few years, she surprises you and reinvents herself again," L'Officiel wrote on Instagram as it unveiled its newest cover.

Anne, 37, recently made her showbiz comeback after nearly three years of being away from the spotlight. She took a break from work in 2019 to give birth to her daughter Dahlia Amelie in Australia, and to focus on her new role as a mother.

The actress marked her return with a successful grand concert, Luv-Anne! last June 11 at the Newport Performing Arts Theater of Resorts World Manila. Two weeks ahead of her show, she also finally returned on ABS-CBN's hit noontime program It's Showtime as a mainstay host.