For the first time since the start of his showbiz career, award-winning actor Aga Muhlach is starring in a series, ‘Suntok Sa Buwan.’ 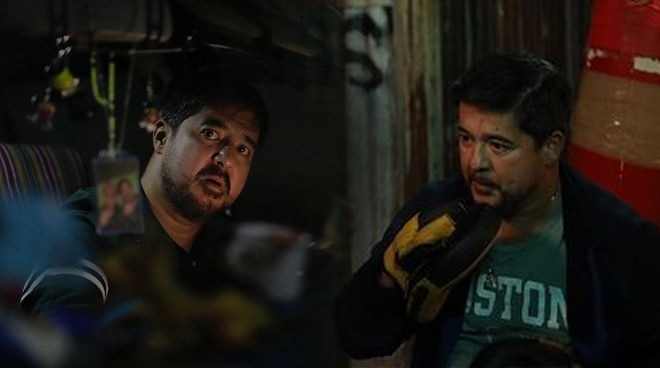 For the first time since the start of his showbiz career, award-winning actor Aga Muhlach is starring in a teleserye—Suntok sa Buwan—on TV5.

Aga himself shared the exciting news on Instagram, Thursday night, June 23, with a behind-the-scenes look of his latest project which he first teased in May.

"It took me years to decide on doing my first ever serye. To cut the long story short, it’s happening. My first!" he wrote.

"We’ve been doing all the grind the past months and we continue to do so. Let me first thank Project 8 for coming up with this project with me on their minds. Cignal and TV5, the entire cast and staff and crew, and everyone involved sa aming malaking proyektong ito," he said.

Based on Aga's post, Suntok Sa Buwan will be the first “movie series” to air on Philippine television when it premieres on TV5 soon.

The actor will be playing the role of Jimmy Boy, a boxing coach, in the project which will also star Maris Racal and Elijah Canlas. Set in Baguio, the series is produced by filmmakers Antoinette Jadaone (Fan Girl, Never Not Love You) and Dan Villegas (Exes Baggage).

"Pasilipin ko lang po kayo sa mga ilang eksena at paggawa nitong first movie serye sa Pilipinas," wrote Aga in his post. "I don’t want to over promise but let me share my excitement with all of you. We will launch all our teasers and trailers soon! Pls watch out for it."

"This is it guys! Totoo na to! Nothing but pure joy and excitement." he said. "Pramis… more to come and we won’t fail you all. 'SUNTOK SA BUWAN' soon!!! Asahan po namin ang inyong suporta."

A target release date for the movie series has yet to be announced.