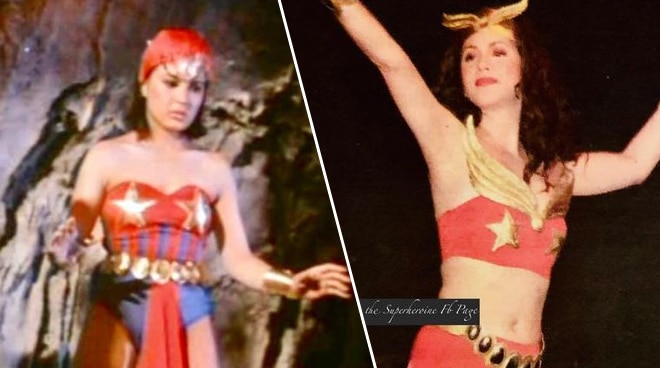 While performing to a jampacked audience during their two-night Iconic concert last weekend at Resort World Manila, Sharon Cuneta and Regine Velasquez took a trip down memory lane in between singing their classic songs to look back on one of their common experiences onscreen. The two singer-actresses had both played the iconic Pinay superhero Darna onscreen, with Sharon taking on the role in 1986 followed by Regine in 2003. They also performed the Kamikazee hit song “Narda” during the concert to pay homage to the iconic Pinoy superhero.

Sharon revealed that she was actually supposed to do her own Darna movie at 20 years old after first making an appearance in Edu Manzano’s Captain Barbell film but changed her mind when she discovered how difficult it was filming the action scenes in a harness.

Unlike the latter versions of Darna where Narda needed to swallow a magical stone in order to transform into the Pinay superhero, Sharon revealed how they shot her transformation scenes with some creative shots.

During the concert, Regine also shared just how much she idolized the Megastar even before she joined showbiz.

“During the ‘80s and the ‘90s siyempre medyo nag-aartista na ako, iniidolo ko pa rin si Sharon Cuneta pero hindi ko siya kinakausap. But I have to tell you, I don’t think I would be who I am if it weren’t for you because the first song I ever learned by myself was your song ‘Mr. DJ’. It’s true.

“And because of who you are, I think yung pagkanta mo, yung galing mong umarte, nag-co-concert, nagsasayaw, nag-ta-tangga, lahat na eh. May action pa ngayon. But I think more than that, iniidolo kita dahil sa iyong pagkatao. How loving you are.

“Ngayon napapatunayan ko yan more because you are so loving to me. Not only to me but my whole family and then yung lakas mo, hindi mo siguro masyadong nahahalata pero kahanga hanga.

In her Instagram post, Regine also shared how excited she was to bring the Iconic show on the road this year in the US. She wrote, “I’m so happy I got to perform with you again ate @reallysharoncuneta my first concert with a live audience. Looking forward to our US tour!!!!!!!  Maraming Salamat po sa lahat ng nakapanood  #itwasindeedaniconicnight”