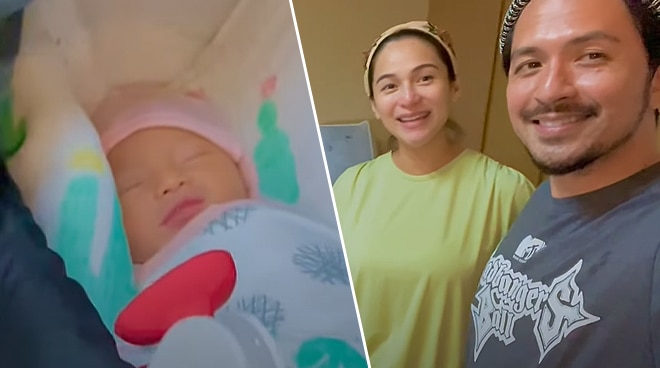 Jennylyn Mercado and Dennis Trillo have finally given their followers a glimpse of their baby girl, Dylan.

The couple showed their daughter’s face in a YouTube vlog they released on Monday, June 20, chronicling Dylan's birth.

As seen in the video, Jennylyn was only supposed to have her prenatal checkup when she was told by her doctor that she would have to give birth that same day, April 25.

"Supposedly it was just Jen's last prenatal checkup. But when I checked, her cervix was open. So we cannot wait for their May 5 date anymore but have to proceed with the April 25 date," explained Jennylyn's doctor, Judy Ann Uy-De Luna of St. Luke’s Medical Center.

Jennylyn and Dennis tied the knot in a civil ceremony last November 25, after more than seven years of being together.

The two have kids from their respective past relationships — Jennylyn with actor Patrick Garcia and Dennis with former actress and beauty queen Carlene Aguilar.