Did you know that ‘True Beauty’ actor Hwang In-Youp studied high school in the Philippines? 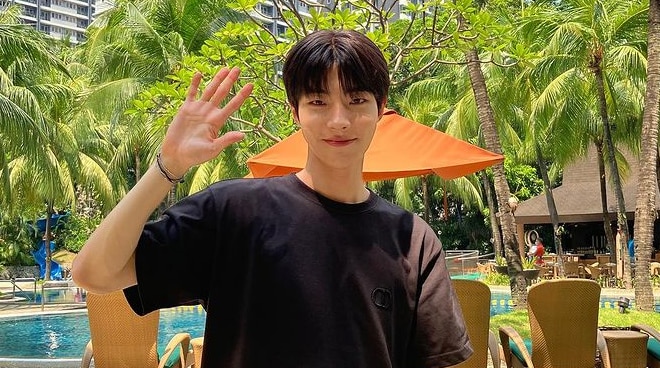 Did you know that Korean actor Hwang In-Youp went to high school in Davao? The True Beauty star studied for four years in the Philippines.

The 31-year-old K-drama star, who arrived in the Philippines last weekend, met with the press on Sunday, June 19, hours prior to his fan meet at the New Frontier Theater. During the press conference, he said, as translated by host Sam Oh, “Yes, I did live in Davao for four years, and it’s been about 10 years since I saw my friends but we still keep in touch. Some of them have become professors; some of them are living abroad and working abroad. And he’d love to go back to Davao. Although yes, he loves Manila too, Davao has a special place in his heart because he lived there.

“And the schedule for this trip is quite tight so he probably will not be able to go to Davao but maybe he will make a secret side trip, he says.”

When asked what he misses most about the Philippines, he answered, “The Philippines is a little hot but I actually really love this kind of weather.” Sam Oh continued to translate, “He finds it a little more drier here and when you’re under the shade, it’s actually very pleasant. And he saw the pool here (referring to the venue EDSA Shangri-La’s swimming pool) and he’d love to go… And then he goes now, ‘The Philippines has very good food. In fact, after this, I’m going straight to having Filipino food.’”

Sharing about his favorite Filipino food, he recalled one of his experiences while living in the Philippines. “When he was learning English here, he had a tutor and she was making mango float. Yes, and he would keep that in the fridge, and he misses that a lot.”

He also shared his love for pineapples. “He thinks Philippine pineapples are very delicious so he misses that. Dried mango. His fact, his friends, when they found out that he’s coming to the Philippines, gusto nila ng pasalubong, ‘yung dried mango in the Philippines. And then, this is a surprising one, he goes, ‘It’s kwek kwek, right? It’s called kwek kwek, right? I miss that, I used to eat that in the street,’” Sam Oh said.

As for the places in the country that he would like to visit, the host explained Hwang In-Youp’s answer. “He hasn’t been yet to Cebu and he hasn’t yet been to Boracay. He has been to Baguio, though, so he’d love to go to Cebu and Boracay, and yeah, maybe when he takes that secret trip to Davao, he’ll also swing by Cebu and Boracay.”

Sending a message for his Filipino fans, Hwang In-Youp acknowledged the love and support that he has been receiving from the Philippines. “First of all, he wasn’t expecting this kind of love and so he’s very thankful for this great love that he is receiving from the Philippines. And, it’s especially close to his heart personally because this is a country that he’s lived in and so, to be receiving this kind of love is fascinating, and he’s so grateful for it also at the same time. And he is asking for your support on his current show, and he wishes you good health, all of you. And again, he expresses his gratitude for this great love from the Philippines,” Sam Oh said.

Following the successful K-drama series True Beauty, Hwang In-Youp stars in the 2022 TV series Why Her and Netflix’s The Sound of Magic. He also starred in the series Tale Of Nokdu and 18 Again.