Jodi Sta Maria and her son’s European trip continues in the beautiful city of Prague. 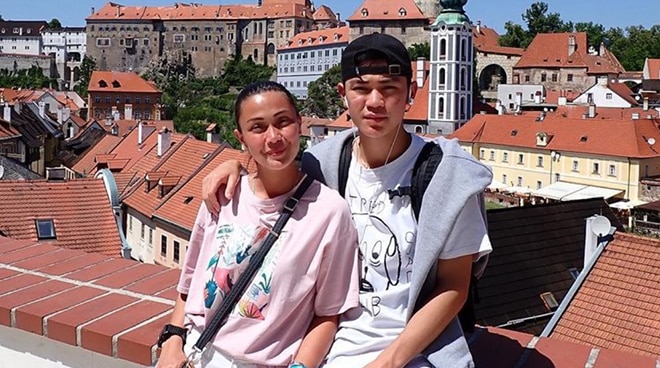 Actress Jodi Sta. Maria and her son, Thirdy, are currently enjoying their mother-and-son trip to the countries in Europe. On her Instagram, Jodi shared some of their photos while they were in transit from one country to another.

The Broken Marriage Vow actress showed her followers a candid photo of her son sitting down on the floor and looking at the passersby as they waited for their train at the Prague Main Station in Czech Republic.

“This is how we travel. Thirdy sitting comfortably and patiently on the floor as we wait for our train departure details,” the actress wrote.

READ: Jodi Sta. Maria celebrates 40th birthday in Europe: ‘It’s been a great year for me’

The mother and son duo have been going around Europe and as of Jodi’s latest update, they are in the capital city of the Czech Republic. Previously, they were in Amsterdam where they wore traditional outfits as they enjoyed immersing themselves in the culture of the Netherlands.

In another post, the actress called her son her favorite travel buddy. Despite walking under the heat, Jodi couldn’t complain as she was with her son.

“Czech-ing out Cesky Krumlov. Any day spent with this not so little boy of mine is my favorite day kahit nabilad kami sa araw,” she shared.

Jodi recently turned 40 years old last June 16. She spent her birthday in Prague with her son.

Sixteen-year-old Thirdy is Jodi’s son with her ex-husband, Pampi Lacson Jr. She is currently in a relationship with fellow actor Raymart Santiago which began in 2020.