Actress Dimples Romana is one proud mother as her daughter Callie survived her first year in college. 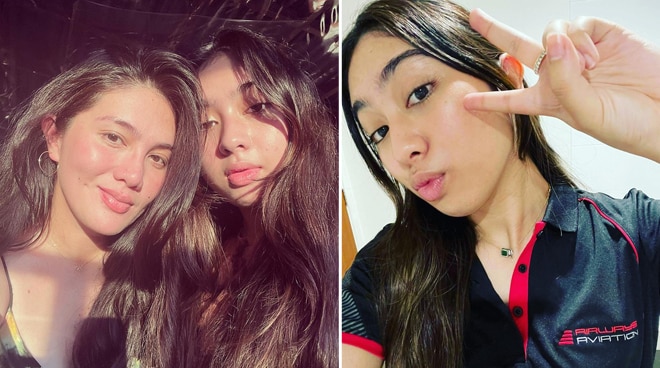 Actress Dimples Romana is one proud mother as her daughter Callie survived her first year in college.

The Viral Scandal star on Saturday, June 18, took to Instagram to share how proud she is of her firstborn for doing great in school.

"Doing the big move ALONE from to at 18 freak’n years old, starting college through a very difficult and challenging time for our family, adjusting and studying and everything in between, you made it all work out!!! Talk about true WIT and GRIT."

Callie, the firstborn child of Dimples with her husband Boyet Ahmee, is pursuing her lifelong dream of becoming a pilot. She is taking up Aviation Management at Southern Cross University in Australia, her dream school.

In her post, Dimples went on: "YOU DID it! You make everything look so easy and fun! Our momma and daddy @papaboyetonline hearts are full knowing that NOT ONLY are you slaying college (like you should!), you’re also having TONS of fun doing so! (And that, my dear, is the key to a happy life!) BALANCE between having discipline and perseverance while also never forgetting that LIFE IS SHORT, and one should not take life too seriously!

"And like what we always say at home—work with INTEGRITY. Never compromise nor let anyone or anything change your moral values in order to SUCCEED in life. Follow your heart, chase your dreams hard and keep looking up. Good job ate! We’re super proud of you!"

READ: Dimples Romana shares why she allowed daughter Callie to study abroad during the pandemic: ‘Hayaan natin sila to grow their own wings’

Aside from Callie, Dimples and her husband also have a son, Alonzo, who is now 7 years old.

The two, who just recently marked their 19th wedding anniversary, are expecting another child. Dimples announced her third pregnancy last March, and later on revealed that they are having another baby boy. The actress is due to give birth this coming July.