Moira Dela Torre’s handler Mac Merla spoke up after getting entangled in the Kapamilya singer’s split with Jason Marvin Hernandez. 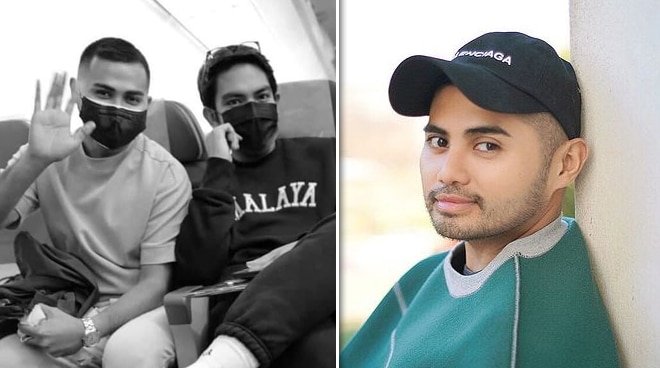 The handler of Moira Dela Torre and ex-husband Jason Marvin Hernandez broke his silence following a viral post which led to fans concluding he was the third party in the marriage of the ex-couple.

This, after social media personality and influencer Christian Albert “Xian” Gaza shared a photo where Mac and Jason can be seen seated next to each other inside an airplane.

Although Xian Gaza did not insinuate anything, the post came less than a day after he shared a post that led to several speculations about Jason’s sexuality.

He wrote in his post: “Moira's next song ‘LALAKI ANG GUSTO.’”

Mac shared Xian’s post on Instagram to clarify the issue which he said had “become a subject of malicious speculation.”

He made it clear that he serves as a handler for both Moira and Jason under Cornerstone Entertainment. He also clarified that the “Paubaya” singer herself took the photo during an overseas flight.

“Just for the sake of clarity, for those who do not know us, I am Mac Merla of Cornerstone Entertainment Inc. I am the handler of Jason and Moira. This was taken during our flight to Dubai for Moira's event which was taken by Moira herself,” he wrote.

Mac went on to reiterate what Moira and Jason previously told fans, saying:
“This is a very difficult time and we continue to pray for both of them.”

Mac then asked netizens to stop further speculating as he is a dear friend to both of them.

Jason, who admitted he became unfaithful to Moira at one point in their marriage, did not name the person he was referring to in his post.

He and Moira announced that they ended their three-year marriage last May 31.