Hwang In-youp has arrived in Manila! 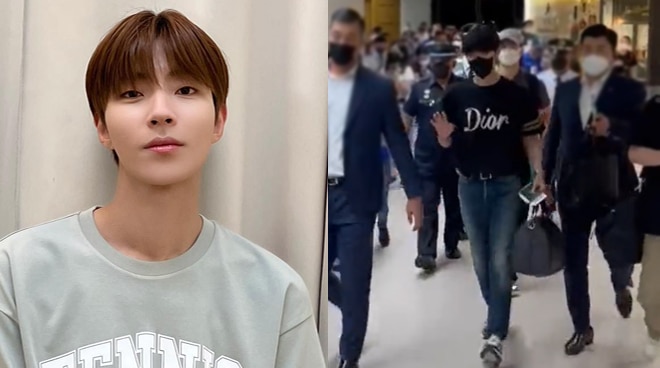 South Korean star Hwang In-youp once again set foot in the country on Saturday evening, June 18, one day ahead of his scheduled fan meeting.

Local events promoter Wilbros Live shared a clip of his airport arrival, getting a warm welcome from his Pinoy fans.

Welcome Back!! 🇵🇭🇵🇭
HWANG IN YOUP now in Manila!! pic.twitter.com/Zms1F8XGu3

The “True Beauty” visit to the Philippines marks some sort of homecoming as the country served as his second home for several years before he rose to prominence.

In-youp lived in Davao City during his high school and college years, taking on the name Ryan Leon as his English name.

He currently stars in the Netflix series The Sound of Magic as well as the SBS legal drama Why Her.