Bianca Gonzalez looks back on ‘PBB’ journey: ‘I am still processing so many emotions’ 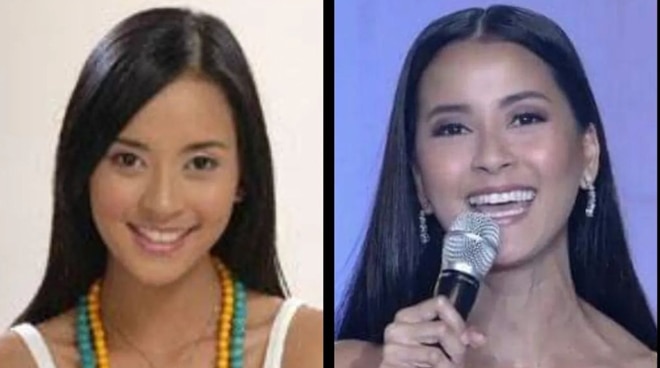 Bianca Gonzalez took to social media to pay tribute to Pinoy Big Brother, weeks after the 10th season of the show concluded.

"From housemate to host, from 3rd Big Placer to announcing the Big Winner, from Kuya's Angels to Pamilya Ni Kuya. WHAT A JOURNEY IT HAS BEEN," Bianca wrote in an Instagram post.

The television host admitted that it took a while for her to sum up her thoughts after serving as the main host of the reality television show for the first time.

"It took me so long to try to put into words how I feel but to be honest, I am still processing so many emotions. But what I am sure of is how grateful I am," she said.

"To @direklauren for trusting me to be a housemate then a host, who to this day remains a hands on father figure to us despite his much bigger role, thank you. To my manager Tito Boy whose unwavering belief in me from then til now has been so surreal, thank you," she stated.

She also thanked her former co-hosts Toni Gonzaga and Mariel Padilla, saying: "To @celestinegonzaga and @marieltpadilla who welcomed me to the show with open arms, so much of what I know as a host and about myself is because of them, and to this day even if they've moved forward have been such cheerleaders, thank you and I love you both for life."

Bianca also expressed hearlfelt thanks to the management team behind PBB. "To our boss @marcusjpv and our creative heads @alvinquizon @cocoboy03, thank you for being so collaborative and open, it means so much to get to contribute to the show I love," she stated.

She also paid tribute to her fellow hosts-turned-friends in PBB.

"To my lil bro @iamrobidomingo, your ability to balance credibility and wit is your gift, and thank you for always having my back, to @mrandmrsfrancisco who effortlessly brings joy and laughter on set and makes everyone have a great time, to @mr_enchongdee whose genuine warmth and charm brings so much authenticity, and to @chinitaprincess who is pure sunshine and brings so much energy on stage and on screen, to @maymay @skyquizon_ @richardjuan, to see you all transform from housemates to hosts too, I am a proud ate and you have my love and support always!" she wrote.

She added: "To our bosses @raymdizon @iammerce @cynthiabear915 @jonmoll @obtorres @gabamaro and to the all the House C heads, staff and crew, thank you for making us really feel like family."

Bianca also penned a message for the supporters of the show, saying: "To the fans of the show and the housemates who are the reason the show is still on after 10 seasons, thank you."

It can be recalled that Bianca also made a heartwarming message following the Big Night on May 29. .

Still in a daze from everything that happened yesterday. My heart is overflowing with gratitude, gratefulness, joy, humility reading all your posts and tags. First time kong maka-experience ng ganito in my almost 19 year professional hosting career. Thank you so, so, so much 🤍 pic.twitter.com/BW0zHKzrHr

"Still in a daze from everything that happened yesterday. My heart is overflowing with gratitude, gratefulness, joy, humility reading all your posts and tags," Bianca remarked. First time kong maka-experience ng ganito in my almost 19 year professional hosting career. Thank you so, so, so much," she remarked.