The photos of the iconic dress after Kim Kardashian wore it were scattered all over the internet. 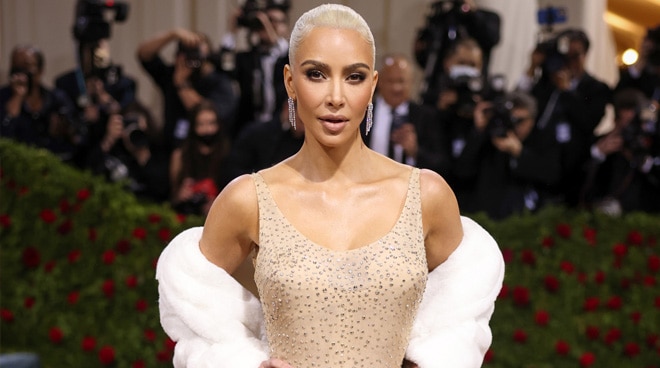 Issues about Kim Kardashian wearing the iconic dress previously worn by Marilyn Monroe have resurfaced online a month after the MET Gala 2022. Kim had been allowed by Ripley's Believe It Or Not! team to wear the dress only for a limited time during the red carpet event.

A post shared by The Marilyn Monroe Collection (@marilynmonroecollection)

However, recent pictures that have been posted all over the internet reveal that the dress has been ruined. Pictures of before and after Kim wore the dress were put side by side and it was noticed by many that there were tears in the gown and that some of the crystals were already missing.

Fans are not only blaming Kim for putting on the dress but also to the team that allowed the influencer-businesswoman to wear the dress. The dress was auctioned for $4.8 million back in 2016 and was bought by Ripley’s Believe It Or Not! and later placed in their museum for years.

Kim has admitted in the past how much of a Marilyn fan she is that she would do anything to wear her iconic dress. As a matter of fact, the celebrity influencer lost a significant amount of weight just so she would fit the dress. Fortunately for her, she lost the weight just in time for the Gala. However, some of the behind the scene footage showed that the hip portion of Kim was too big for the dress and they had to improvise on how to close it.

Kim only wore the gown for a few minutes and she quickly put on the replica after taking pictures with the original on the red carpet. However, fans of Marilyn and the dress were still not happy with what she did.

As of this writing, there have been no comments from the camp of Kim. She is currently enjoying her vacation with boyfriend Pete Davidson in an undisclosed location.