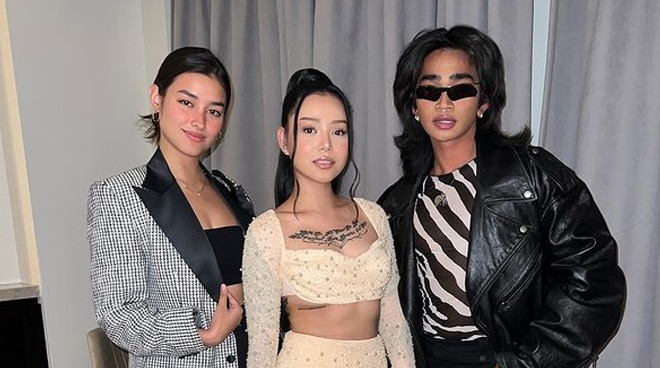 The Filipina actress shared the news with her fans on Tuesday, June 14 (PH Time), posting snaps of her with Bretman and Bella on Instagram.

"Dinner with @bellapoarch and @bretmanrock on Philippine Independence day. Always happy to be with people I can relate to!" she wrote.

It was only weeks ago when Liza first met Bella, saying in a social media post that she "had a blast" spending time and getting to know the Filipino-American singer.

Liza, 24, is currently in the United States to pursue a career abroad.

In her first speaking engagement in America as a guest speaker at the annual Identity festival, the actress explained decision to take the big leap towards her lifelong goal of establishing a potential career in the US, aside from the Philippines.

"It would be so much easier for me to stay back at home and do the same thing that I've always been doing but my personal goal is to be able to bridge the gap between the Philippines and America and kind of give help the younger generation, the little girls, who also dream of coming out here and making a career for themselves and I want make it easier for them when they do that in the future. And if that means me taking the first leap, so be it," she said.

Liza is now being managed by singer and Careless Music founder James Reid, who himself is part of Transparent Arts, an LA-based talent agency that aims to promote Asian-American artists.