Actress and vlogger Francine Diaz gave a behind-the-scenes look at the music video shoot with ‘As You Are’ singer Zach Tabudlo in her latest vlog. 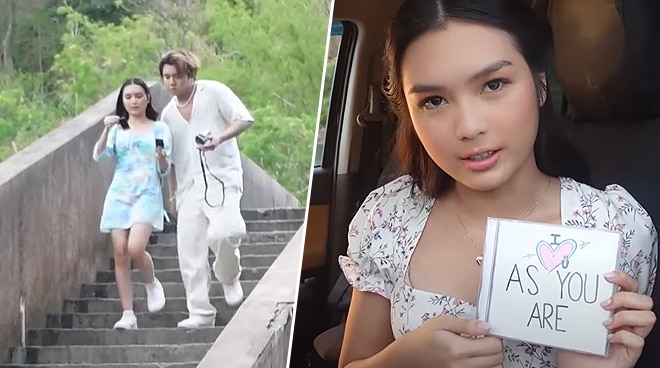 In her vlog posted last June 11, Francine Diaz shared her experience on the set of her music video shoot with Zach Tabudlo which trended online. She played the role of the singer’s girlfriend in the video.

Having been friends long before doing the shoot, Francine and Zach gave off an easy chemistry in the music video for Zach’s latest single “As You Are.” In the video, the 18-year-old actress got to drive an SUV where she had to pretend to learn how to drive.

The “As You Are” official music video was directed, shot, and edited by Dominic Bekaert under Universal Music Philippines.