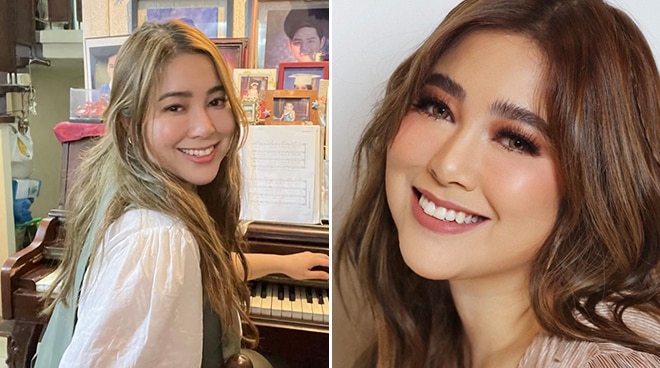 Singer-songwriter Moira Dela Torre celebrated Independence Day last June 12 in her own memorable way. Moira uploaded a video of herself on her TikTok account singing her hit song, “Malaya,” with some changes in the lyrics.

The 28-year-old singer also teased her followers with an in-text caption on the video, “malaya (10 minute version),” which could be linked to American singer Taylor Swift who released a 10-minute version of her hit song, “All too well.” Fans of Moira connected the two since Taylor’s song was also about a breakup the American singer had in the past.

In Moira’s video, she sang lyrics that weren't part of the original song.

Fans of the singer were quick to comment and react to the new version of the song. They correlated it to Moira having her freedom back and sharing it with everyone who has been trying to find themselves.

The song was part of the original soundtrack of the film, Camp Sawi, which was released back in 2016. However, Moira in a previous post revealed that she wrote the song way back in 2015 when she was still trying to find herself and needed to be free from the baggage she had been carrying.

“’Malaya’ was my freedom song—freedom from everything I can’t control and everyone I can’t have,” she revealed in an interview with Preen in 2017.

Last May 31, Moira and her ex-husband Jason Hernandez confirmed that they have decided to part ways. Moira revealed on morning show Magandang Buhay that she is broken but she knows in time that she will be whole again.

Meanwhile, Moira is set to be part of the panel of judges for Idol Philippines season 2 along with Gary Valenciano, Regine Velasquez-Alcasid, and Chito Miranda.