Rebel Wilson found what she needed all this time––her own Disney Princess. 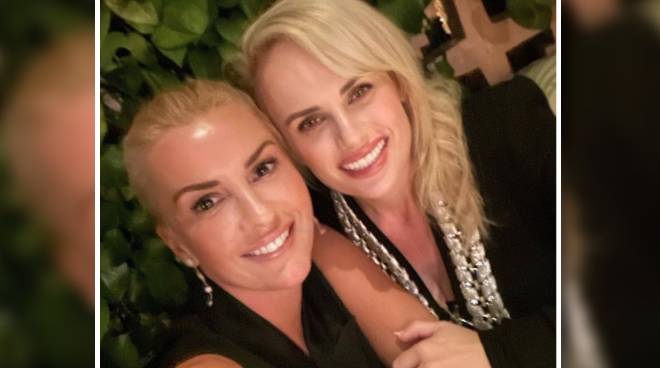 Rebel Wilson took everyone by surprise as she announced last June 9 that she is part of the LGBTQ+ community. She revealed this after publicly announcing that she has been dating Ramona Agruma, a fashion and jewelry designer.

“I thought I was searching for a Disney Prince… but maybe what I really needed all this time was a Disney Princess 💗🌈💗#loveislove,” she wrote in her caption.

The 42-year-old actress was already dropping hints about her love life back in May when she was asked in an exclusive interview with People Magazine. Rebel is glad to have found someone whom she can trust and their relationship is healthier than some of her past romances.

“I think going through the process of finding more self-worth, I think that what you want in a partner is elevated and so it's great to have someone who feels like an equal partner and be in a healthy relationship," she added.

Rebel and Ramona met through a common friend who acted as the wingman and set the two up. Slowly, they got to know each other’s interests and the platonic relationship soon blossomed into a romantic one.

"We spoke on the phone for weeks before meeting. And that was a really good way to get to know each other," she said. "It was a bit old-school in that sense—very romantic," she shared.

Rebel had previously dated businessman Jacob Busch and in February of 2021, it was announced that the two had split up. She and Ramona have not specified when they had started dating but the two were seen in multiple events together, one on Valentine’s Day and another at a football game. They were with their friends at the time as well.

Rebel is best known for playing the role of Fat Amy in franchise film Pitch Perfect.