Marco Gallo on doing a love scene with Rose Van Ginkel: ‘She’s 25 but she kisses like she’s 16’ 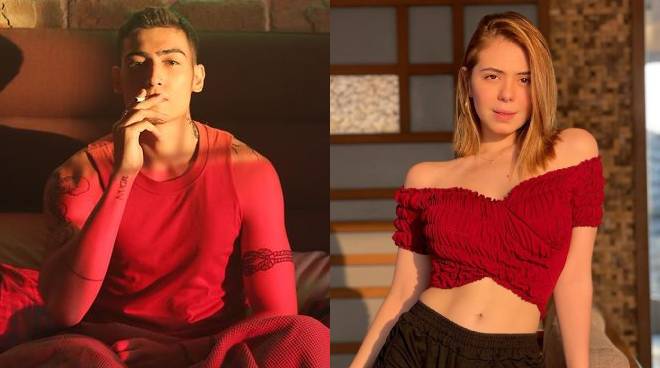 After starring in the film Ang Manananggal na Nahahati ang Puso last year, Fil-Italian actor Marco Gallo headlines another Vivamax project with the upcoming sexy film Kitty K7 which pairs him with leading lady Rose Van Ginkel for the first time. During the recent mediacon for the film, Marco said having worked with Rose in Gluta last year made it more challenging for him to do a love scene with her in their film.

“I think that factor made it even more awkward. I would’ve rather just have met her and then do this. Knowing her already and then doing this was more awkward for me,” he admitted.

The 21-year-old actor, who is younger than his co-star, revealed that he had to teach her some techniques even though Rose had more mature projects under her belt already.

“She says she’s 25 but she kisses like she’s 16. While we’re doing it, I was like, ‘Rose, I think I need to teach you (laughs).’ But I was joking about it. For a second it was kind of weird. But she definitely was putting me on the scene every single time and I’m glad for it,” he revealed.

READ: Marco Gallo reveals why he’s not shy to walk naked on the set of his new film

While shooting their intimate scenes, Marco shared that he did not actually inform his parents about his first onscreen bed scenes.

“You know what’s funny? My mom doesn’t even know about this. I’m so scared right now. I’m not even lying. I’m getting so nervous talking about these positions. Yes ma it’s just a game! (laughs),” he added.

“I think one of the biggest things I’ve learned in the story we will see that my character called Krishna is fearing commitment and I think that’s one thing that I’ve learned. That you shouldn’t be afraid of commitment. With every single commitment that you choose to do in life, I think consequences will happen.

“So that’s where I think Krishna grew. Because he made a choice in the movie and we will see what happens in it and I think that applies to my life as well. You have to be confident with the choices that you make, but still be grateful with whatever spot you are. Don’t play it too safe. You have to risk it sometimes,” he explained.