Justin Bieber battles rare neurological condition causing facial paralysis: ‘My body is telling me I got to slow down’ 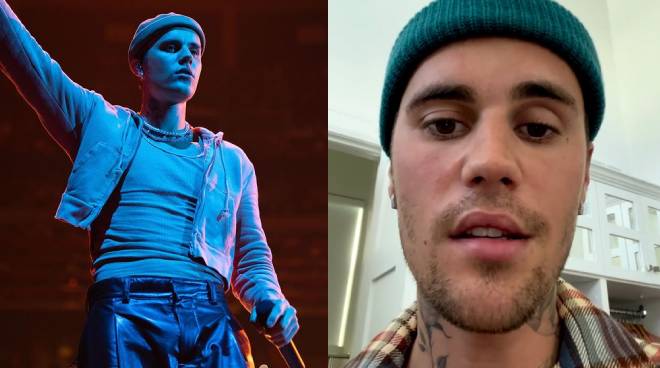 After announcing concert dates last May for his world tour this year, Canadian singer Justin Bieber cancelled his shows once again, this time citing non-COVID-related health reasons earlier this month. On his Instagram account on June 11, Justin revealed he was battling a rare neurological characterized by paralysis of the facial nerve and shared a short video highlighting the seriousness of his condition.

In the caption and video he posted, “IMPORTANT PLEASE WATCH. I love you guys and keep me in your prayers. Hi everyone. I wanted to update you guys on what’s been going on. Obviously, as you can probably see from my face. I have this syndrome called Ramsay Hunt’s Syndrome and it is from this virus that attacks the nerve in my ear and my facial nerves and has caused my face to have paralysis. As you can see this eye is not blinking. I can’t smile in this side of my face. This nostril will not move. So there’s full paralysis in this side of my face.”

The 28-year-old singer made the video to update his 240M followers about the real reason behind his tour cancellation and assured them that he is now focusing on his recovery so he can return to performing on stage again.

“So for those who are frustrated by cancellations over the next shows, I’m just physically, obviously not capable of doing it now. This is pretty serious as you can see. I wish this wasn’t the case. But obviously my body is telling me I got to slow down. And I hope you guys understand and I’m using this time to just rest and relax and get back to 100% so I can do what I was born to do. But in the meantime, this ain’t it. I got to go get my rest on so that I can get my face back to where it’s supposed to be. I love you guys. Thanks for being patient with me and I’m going to get better,” he shared.

In the post, Justin also shared his thoughts on why he has fallen ill and the optimism that he will get better soon.

In 2017, Justin also cancelled his Purpose World tour shows which included a stop in Manila due to getting burnt out after performing on tour for two years prior.