Jelai Andres devastated over the loss of pets

Vlogger Jelai Andres gets emotional after finding out her pets were killed. 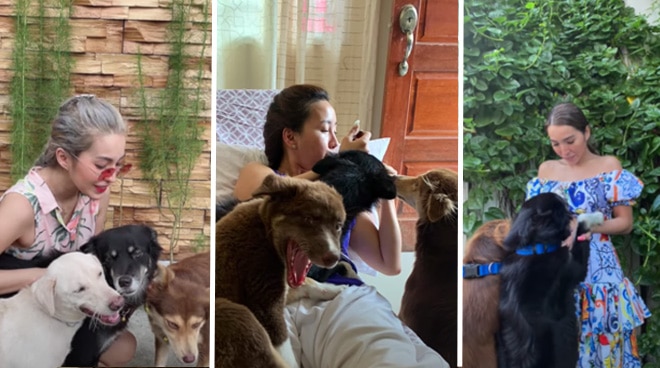 YouTube vlogger Jelai Andres couldn’t help but be emotional after two of her beloved pets crossed the Rainbow Bridge. In her latest vlog titled, “Till We Meet Again,” the social media influencer could be seen mourning over the death of Kitty and Neko, her dogs.

The vlogger was not with her dogs when the incident happened as she is currently living separately from her family in a condominium. In the vlog, Jelai’s family told her the bad news when her siblings brought the ashes of her two dogs to her condo.

As to what happened, the vlogger claimed that someone in their village killed the dogs using poison. Jelai revealed that before Neko and Kitty, a pet of one of their neighbors also mysteriously died the same way her pets did.

According to her siblings, the two dogs were already acting a bit stranger than usual. Kitty was in a frantic state when Jelai’s sibling saw her. Eventually, they found out that the dog was looking for her puppy, Neko.

The family knew that the dogs were poisoned by someone because their other dog, Whitey, was foaming at his mouth. Fortunately for that dog, he survived while the other two didn’t make it.

Apart from feeling sad, Jelai was angry at the person who had killed her dogs and the other dogs in her neighborhood. She called on the Philippine Animal Welfare Society (PAWS) and the Pawssion Center in Bulacan to help her and to investigate what really happened.