Britney Spears and Sam Asghari had an intimate wedding. 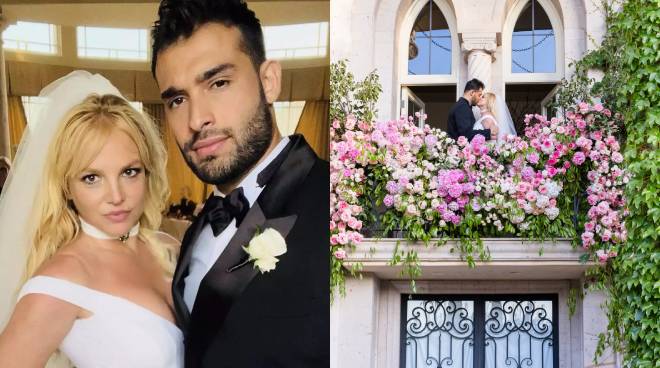 After dating for years and getting engaged late last year, pop superstar Britney Spears and model Sam Asghari tied the knot on Thursday evening, June 9. The wedding ceremony took place in Britney’s home where only selected people were invited to the event.

The superstar posted on her Twitter some snippets of their wedding and the people that were with them to celebrate their marriage. Some of the guests that were present were the Queen of Pop Madonna, Selena Gomez, Drew Barrymore, Lady Gaga, and one of her closest friends, Paris Hilton.

... @DrewBarrymore my girl crush and @selenagomez who btw is way prettier in person if that’s possible ... both came !!! I was speechless … I kissed @Madonna again 😉😉😉 and we danced 💃🏼 into the night with @ParisHilton ... pic.twitter.com/O95QYWBEej

Britney was seen wearing a custom Versace gown that was designed by Donatella Versace herself. In her tweet, Britney expressed she was so satisfied with her gown as it made her feel so beautiful.

Thank you Donatella @Versace for designing my dress … I felt so beautiful 😊 pic.twitter.com/xW6Mjmz98A

Prior to their wedding ceremony, Britney’s ex-husband, Jason Alexander, broke into her house while they were preparing for the ceremony. Jason claimed that he was invited by the celebrity herself and was only there to attend the wedding.

He later on live streamed about the wedding. “So here’s the inside scoop, guys, on the bullshit wedding,” while he was walking towards the event. He was then arrested and the couple got a restraining order against Jason.

Britney was briefly married to Jason in January 2004 for just 55 hours before the marriage was annulled. She later married Kevin Federline in September 2004 and got divorced in 2007. This was the superstar’s third marriage.