It’s a wrap for the cast and crew of the upcoming international series ‘Cattleya Killer.’ 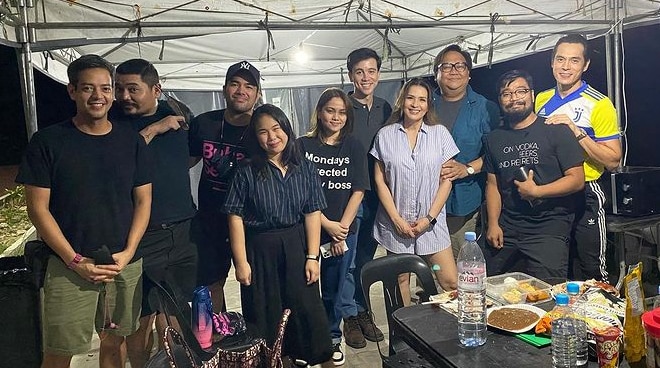 It's a wrap for the cast and crew of the upcoming international series Cattleya Killer of ABS-CBN.

On Instagram this Wednesday (June 1), Zsa Zsa Padilla shared that she has wrapped up filming for the project with lead actor Arjo Atayde and co-star Jake Cuenca.

She shared photos of them on their set in Mabalacat, Pampanga, together with director Dan Villegas and the show's executive producer Ruel Bayani.

"It's a wrap!" wrote Zsa Zsa in the caption.

Cattleya Killer is adapted from the 1996 Star Cinema movie Sa Aking Mga Kamay starring Aga Muhlach. It follows a serial killer preying on unfaithful wives who leaves a cattleya flower on every single body he kills as his signature.