Pia Wurtzbach and Jeremy Jauncey are grateful for the overwhelming love and support they received following their announcement that they are now engaged. 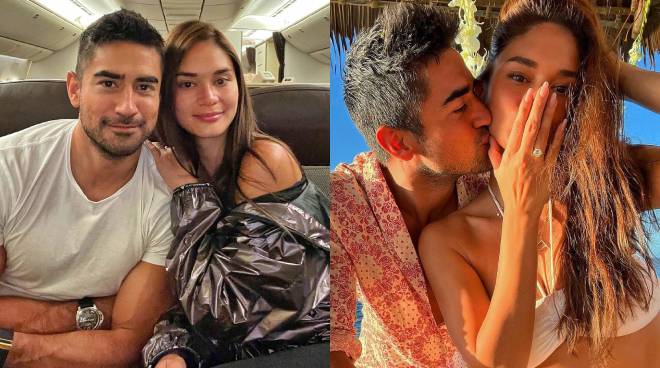 Jeremy Jauncey expressed his appreciation on Saturday, May 7, to those who congratulated him and his now-fiancée Pia Wurtzbach following their announcement that they are now engaged.

In an Instagram post, the travel entrepreneur said it means a lot for him and Pia to finally be able to share this milestone in their lives with the people they love and care about.

"Hugely grateful for the messages of love & support since yesterday," he said. "So thank you to everyone & apologies if we haven’t thanked you directly yet!"

It was only last Friday, May 6, when the couple announced their engagement through an Instagram Reel the Miss Universe 2015 titlist posted on her account.

"We found the perfect place to celebrate and tell you guys," Pia captioned the clip, which showed a glimpse of her huge diamond engagement ring.

Reacting to their messages, Pia wrote: "So overwhelmed by the love and support!! Thank you so much for the well wishes! @jeremyjauncey & I are sooo happy."

Currently, Pia and Jeremy are still enjoying their romantic getaway at the posh Amanpulo resort in Palawan.

Pia and Jeremy (the latter is the founder and CEO of the creative agency Beautiful Destinations) have been dating for more than two years. They celebrated their second anniversary together in December 2021.

The two officially confirmed their relationship in June 2020 by appearing on the cover of lifestyle magazine Tatler Philippines.

In a previous interview with Mega Entertainment, Pia said she believes that Jeremy is already "the one."

"Basta magkasama lang kami, masaya na," she said of her . "And I know what people see online and on the internet are all literally beautiful destinations, and like all these places. But really, our best moments are when we're just with each other. And that could be in a park, that could be stuck in airport, like waiting for five hours or more. It doesn't matter to us where we are, as long as we have each other. Wow!"

"Jeremy is the one," she added.