Rocco Nacino and his wife Melissa Gohing are expecting their first child together. 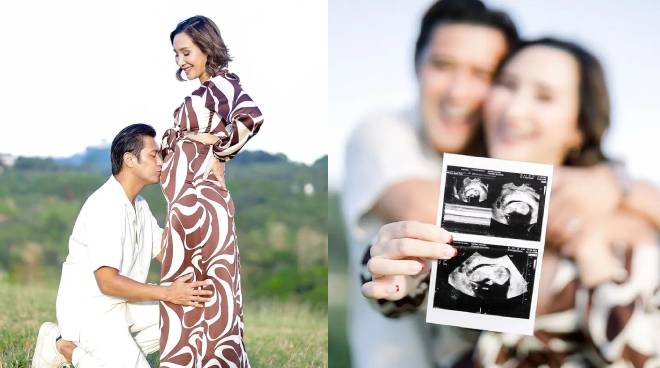 Rocco Nacino and his wife, volleyball star Melissa Gohing, are expecting their first child together.

The 35-year-old actor took to social media to break the news.

“Because God is kind to those who wait and pray,” he wrote in the caption of his Instagram post before sharing that they released a vlog chronicling their journey to parenthood.

Melissa, on the other hand, revealed she has polycystic ovary syndrome (PCOS), which became a struggle for them to get pregnant.

“After months of trying, we are celebrating this precious gift that taught us a lesson about God's perfect timing,” Melissa said.

It was after Melissa purchased a digital testing kit that she got finally convinced that she was pregnant, saying she had doubts believing the results of regular pregnancy kits.

Rocco was in a taping bubble when she called him up to announce the news.

Some of the celebrities who congratulated the couple include Dingdong Dantes, Jackie Lou Blanco, Rodjun Cruz, and Winwyn Marquez, among others.

Rocco and Melissa got engaged in November 2020.

In January 2021, the couple got married aboard a naval ship in Manila.