WATCH: Liza Soberano’s first speaking engagement in the US

Liza Soberano spoke on stage at the Identity 2022 event in LA. 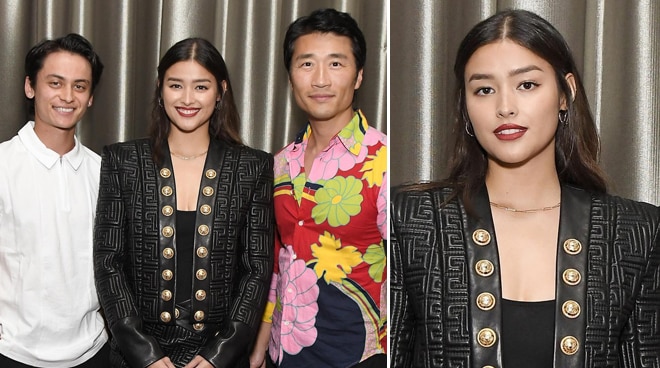 Liza Soberano had her first speaking engagement in the US.

The actress graced the Identity 2022, an event in Los Angeles, California in celebration of the Asian Pacific Islander Heritage Month, which was held at the Grammy Museum on May 28.

Hosted by Sherry Cola and Dumbfoundead, Liza talked about her journey as an actress and the causes she supports. A video of Liza's onstage interview was uploaded by MYX Global on their Instagram page.
Asked how she felt doing her first speaking engagement in America, Liza admitted, "It feels very surreal. I am actually very nervous right now because this is my first time speaking on a stage in America. It has always been a dream of mine to come over here and being able to do work here and so I am really happy, and excited and feel incredibly honored."

On her advice for Asian American and Pacific Islanders and Filipino girls who would want to pursue a career like hers, Liza shared, "I would say to just go for it. A lot of times, it can be scary to kind of go outside your comfort zone and I myself, I am experiencing that right now."

She continued, "It would be so much easier for me to stay back at home and do the same thing that I've always been doing but my personal goal is to be able to bridge the gap between the Philippines and America and kind of give help the younger generation, the little girls, who also dream of coming out here and making a career for themselves and I want make it easier for them when they do that in the future. And if that means me taking the first leap, so be it."

Liza also talked about her experience being a voice actress for the first Netflix animated movie Trese.

"It was a fun experience but it was difficult, so mad props to people that do voice over acting. It's really hard. It's a lot different from live action. So it was fun. It was also surreal for me. It was my first ever Netflix project and so I was just really happy to be part of something as big as that and to be part of Filipino animation," the actress said.

Liza also shared her journey as an ambassador of Save the Children Philippines.

"I have been a supporter of Save the Children for the longest time since 2015 when I started earning my own money because I started acting. I wanted to make sure that I set aside a certain amount to donate to children because I've always had a soft spot being the sister of like seven younger siblings. I started by supporting them and eventually last year in 2021, they reached out to me and asked me to be their ambassador. And when they launched me, I was holding back my tears the whole time because it was a major dream of mine to be able to support in that kind of way and use my platform," she said.

READ: James Reid to become Liza Soberano’s talent manager as actress aims to pursue a career in the US

When asked what her followers and fans can look forward to in her journey as an artist, Liza replied, "Well there's a lot of exciting things in store. Nothing really to talk about specifically, me trying to explore different opportunities out here and in the Philippines, stuff I've never done before so please watch out for that."