More than two years since his breakup with actress Nadine Lustre, singer-actor James Reid remains single and out of the dating scene. 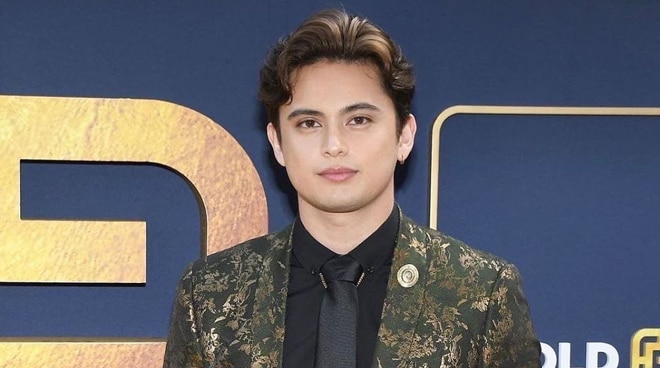 More than two years since his breakup with actress Nadine Lustre, singer-actor James Reid remains single and out of the dating scene.

The 29-year-old hitmaker opened up about his relationship status on the sidelines of the inaugural Gold House Gala held last May 21 in Los Angeles, California.

Asked whether he is single or is dating anyone at the moment, James said: "Oh, we're single, yes.

"I'm not really interested right now. I've been trying to stay single for as long as possible just because there's a lot that I'm trying to do right now. I got out of a four-year relationship so, you know, I'm just trying to do me, be happy being me for a while."

James and Nadine, who once formed the popular "JaDine" tandem, were together for almost four years before announcing their breakup in January 2020.

Nadine is now in a relationship with Christophe Bariou, a Filipino-French businessman who owns a resort in Siargao. The two had been romantically linked since mid-2021 and confirmed being officially together in January this year.

Meanwhile, James is currently in the United States to focus on his music career.

The half-Australian singer, who left the Philippines in February, is the founder of local record label Careless Music. He is currently with Transparent Arts, an LA-based talent agency that aims to promote Asian-American artists.