Alyssa Valdez also gave a message to Samantha Bernardo who will replace her in the reality series. 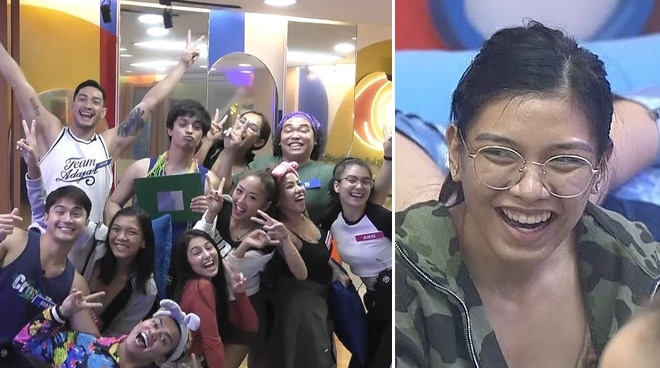 In an Instagram post, Alyssa said described her stay in the famous house as “really quite an experience.”

Sharing some of her most unforgettable memories inside the house, Alyssa said she has learned a lot during her stay.

“Got to learn so much from laughing so hard because I plucked ate Brend’s armpit hair to crying because kuya asked as to choose success over family….there’s also rapping, dancing, acting, cooking and a lot more!” she wrote.

For Alyssa, it’s the people she met inside the PBB house that made her journey an amazing one.

“But what I treasure the most is being able to meet people I can call real and close friends. From different fields, it’s all about coming together to create amazing memories inside the house,” she remarked.

“I’ve always admired your discipline and decision-making. Praying for you as you and your team will represent the country! You’re a winner in any game but most specially our hearts,” Karen said.

Meanwhile, she wished Samantha Bernardo good luck as she embarks on a new journey.

“To sizzy @samanthabernardo__ we’re all here to support you! Just enjoy and be yourself!” To which Samantha responded with: “NO WORDS, JUST PURE LOVE.”

The volleyball star, a member of the Philippine Women’s Volleyball Team, decided to give up her spot in the final six to compete in the upcoming Southeast Asian Games (SEA Games).