The PBB Big 5 is finally complete. Who will become the Big Winner for this season? 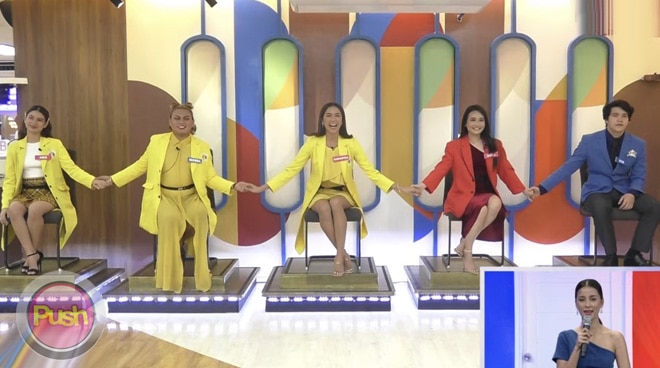 The final two slots of the Big 5 were formally announced in the May 28 broadcast of Pinoy Big Brother. Teen housemate Rob Blackburn and Adult housemate Isabel Laohoo took the remaining slots in the Big 5 and earned themselves a chance to become the next Big Winner.

Right after the announcement, the Big 5 were given the Biga10 questions they had to answer individually. This is to help the viewers decide on who deserves to be the Big Winner for this season.

Sam was asked to give a specific instance inside the PBB House that she did to prove herself worthy to be the next Big Winner. “More than winning the Big Winner, I’m already a winner,” she confidently answered.

“I got to own up to my mistakes, I need to take responsibility and think before you act,” Rob answered when he was asked about the things he did inside the PBB House that he wasn’t proud of.

Meanwhile, Isabel and Anji both received the same question; how would they deal with their bashers if they came face to face with them.

For Isabel, she knows her real self and she didn’t fake anything while she was inside. "I will tell them po na I'm very sorry if I have done anything wrong and I know it's just me who you saw inside Kuya's house,” she answered.

"I'll [say] thank you kasi at least I got to learn something from you din and you guys made me strong. Let's just spread kindness and love to everyone," Anji responded.