The trio survived the difficult task and overcame the other housemates to enter the Big 5. 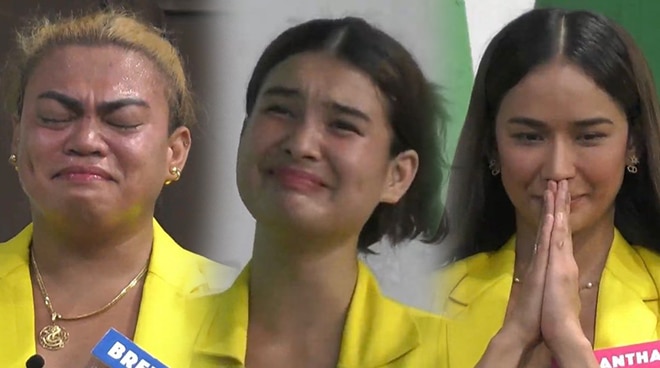 On May 27, celebrity housemates Anji Salvacion, Sam Bernardo, and Brenda Mage officially entered the Big 5 after defeating the adult and teen housemates. The three celebrity housemates were successful in the challenges given to them by Big Brother and they performed well under massive pressure.

Anji, Sam, and Brenda had to battle adult housemates Nathan Juane, Isabel Laohoo, Zach Guerrero, and Michael Ver Comaling in balancing the blocks in the tumba table challenge. The adult housemates were in the lead when Michal and Isabel had a misunderstanding about their strategy.

This gave time for Brenda and Anji to step up their game and bring more blocks to Sam who was fixing the blocks. Sam found her groove in putting the blocks as she already had experienced this in their previous task.

In the end, the celebrity housemates won and will be facing the teen housemates to enter the Big 5.

The next challenge for the housemates was to have the most balls inside the basket after one hour. The team that would win the task would be part of the Big 5. Teen housemates Gabb Skribikin, Rob Blackburn, and Stephanie Jordan faced difficulty as Rob could not land a ball inside the basket. With two minutes remaining, Stephanie was the only one in the team who had the chance to shoot a ball inside.

Meanwhile, the celebrity housemates retained their composure and momentum from winning the previous task. Their passion carried through to the next task and they successfully defeated the teen housemates.

Who will join Anji, Sam and Brenda? Only two slots remain in the Big 5 and voting is officially open from tonight, May 27, up until tomorrow, May 28, 3 pm via the Kumu App. Only 25 virtual gifts per vote to save and evict per account is allowed.