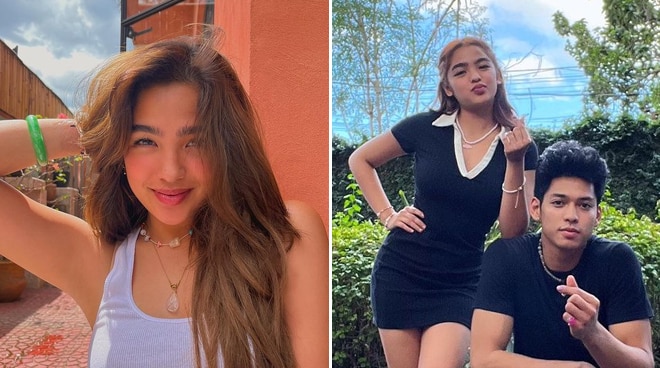 Andrea Brillantes took to social media to greet her boyfriend Ricci Rivero, who celebrated his 24th birthday on Wednesday, May 25.

On her Instagram page, the actress shared snaps of Ricci with a picturesque sunset in the background. "Happy Birthday," she simply wrote in the caption, followed by a string of emojis of a pink heart, butterfly, and smiling face.

Andrea and Ricci have been dating since April. They became an official couple after Ricci asked the actress to be his girlfriend during a UAAP game at the Mall of Asia Arena.

The two were first rumored to have romantic ties in February, after they were spotted at a restaurant in Taguig. Andrea then fueled rumors of a romance with Ricci when she was seen on social media wearing a UP Maroons basketball jersey bearing Ricci’s number 25.

Prior to dating Ricci, Andrea was in a two-year relationship with her onscreen partner and Lyric and Beat co-star Seth Fedelin. Ricci, meanwhile, was previously linked to his Happy Times co-star Sharlene San Pedro, but both dismissed the dating rumors.