MOST VALUABLE PARTNER: Loisa Andalio shows why Ronnie Alonte is the big winner in her heart

Loisa Andalio charmed her way into the hearts of the audience at the Star Magic 30th All Star Games by being Ronnie Alonte’s biggest cheerleader. 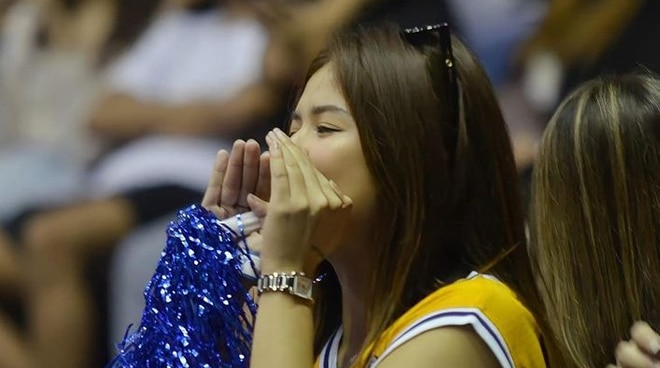 One of the biggest scene stealers during the Star Magic versus It’s Showtime basketball game at the recent Star Magic 30th All Star Games was actress Loisa Andalio who was there to cheer on boyfriend Ronnie Alonte from the sidelines.

Wearing a yellow NBA Lakers jersey with leggings, Loisa made sure to show full support for her man from the moment he left the dugout until he stepped onto the court. The pretty actress made sure Ronnie knew she was there to support him all the way as she cheered and danced in celebration with every point he and his team made.

Not shy to show public displays of affection on and off screen, the five-year strong couple shared the kilig with everyone at the Big Dome whenever Loisa would immediately comfort Ronnie after a fall or when he needed some medical attention.

One entertaining and highly memorable highlight from the night that definitely made Loisa not just the undisputed best cheerleader of the night but also the title of MVP (most valuable partner) was when during one particular point from Ronnie, she got so excited celebrating that she lost her balance jumping around the sidelines and fell down.

In the PUSH video, she can be seen standing up and immediately bowing to the crowd with a smile and reassuring everyone she is okay and she doesn’t miss a beat to go back cheering for Ronnie and the team.