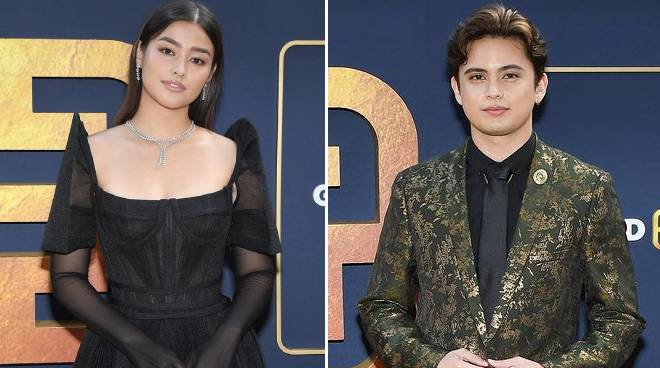 Snapshots of the two Kapamilya stars on the red carpet made rounds online following the event.

"Had a great time at Gold House’s 1st Annual Gold Gala in Los Angeles. Representing the Philippines," Liza posted on her Instagram page.

Meanwhile, photographer Sthanlee Mirador shared photos of James on the red carpet during the event.

"We have so many stories to tell in our own way with our own voices. So I am so happy to see this. This is a long time coming," Michelle said as reported by ABC7 Bay Area.

The Gold Gala is an event which celebrates the 2022 A100 List, which is a list of the 2022's most impactful Asians and Pacific Islanders from actors to athletes.

The gala was held the same month as the Asian American and Pacific Islander Heritage Month.

After attending the Gold Gala, Liza and James made their way to another event celebrating Asian stories.

"Honored to be at the Asia Society Southern California 2022 Annual Gala! Met some lovely people and was inspired by great stories of success and perseverance," Liza wrote on Instagram.

It was last week when James and Liza were spotted in Los Angeles together with their friends.

Meanwhile, Liza's boyfriend, Kapamilya actor Enrique Gil, is in Europe with his family.

Liza's manager Ogie Diaz shared the reason why Liza was not able to join Enrique in Europe.

He also hinted on why Liza is currently in the US.