Anne Curtis reaches 18 million followers on Instagram: ‘Thank you for the love’

As she celebrates a new milestone on Instagram, Anne Curtis hinted about some exciting news that she will share on Friday. 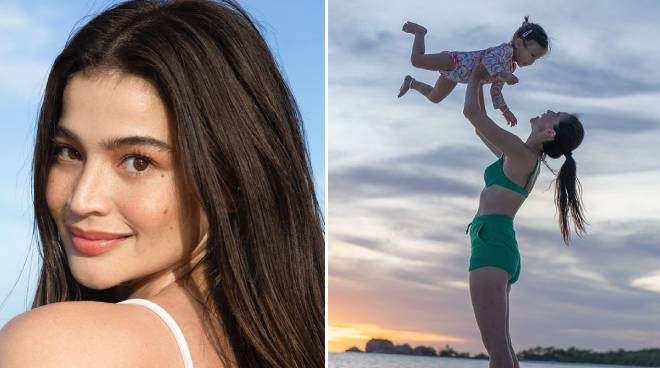 Anne Curtis has reached a new milestone on Instagram.

The actress has reached 18 million followers on the social media platform.

On Tuesday, May 24, the actress extended her gratitude to her followers.

"Yippeeeeeee! Good morning to 18 million of you! It's kind of insane! I know I’m not as active as I used to be online and I know you all understand why, but thank you for the love nonetheless!" she posted.

Fans of the Kapamilya star were quick to extend their congratulatory messages for her.

"You are well loved Anne by so many and I'm very happy to be one of them for the longest time. We love you," one fan said.

"YAY!!!! Something exciting is coming??!  We totally understand and we will never get tired loving and supporting you and your little fam, ate Anne!  But I CAN'T WAIT TO SEE YOU ON YOUR CONCERT!!!!!" another fan commented.

Anne also hinted about some exciting news that she will share with her followers this week.

"Things are about to get crazy again real soon! Sharing something on Friday! Stay tuned!!" she stated.

Though it is still not clear what she is hinting about, ABS-CBN recently teased about her comeback to the noontime show It's Showtime.

Anne took a showbiz hiatus since December 2019 to focus on raising a family. She gave birth to her first child Dahlia in March 2020.

In February, Anne announced her return to the limelight with a concert called "Luv-Anne!"

The concert, which was initially planned as a virtual concert, will be happening live this June 11.

"It’s official. Luv-ANNE will be going LIVE at the Newport Performing Arts Theatre at Resorts World Manila on June 11, 2022 at 8PM. I really took my time to think long and hard about it and I’ve decided to go all out and celebrate to the fullest by finally seeing everyone in person! I miss the energy, the noise, the screams, of course SINGING  and just seeing everyone smile..  I’m so excited (and nervous) but let’s go and have a night of fun!!!" she posted last April on her Instagram page.