Alexa Ilacad turns up the heat despite the rainy season with her sexy photo shoot for Star Magic’s new digital video magazine Slay. 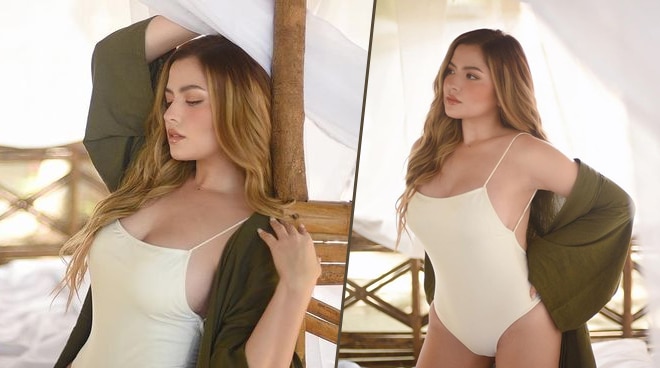 Alexa Ilacad is turning up the heat despite the rainy season with her sexy photo shoot for Star Magic's new digital video magazine Slay.

The actress-singer took to Instagram over the weekend to share photos from her latest pictorial, where she posed in cream-colored swimwear, paired with an oversized shirt as a cover-up.

"Sometimes the most beautiful people are beautifully broken," she wrote in one of her posts.

Featuring Alexa as its cover girl, the first episode of Slay was released on the YouTube channel of ABS-CBN Entertainment last May 1.

Slay was released as part of the 30th anniversary celebration of Star Magic, the talent management arm of ABS-CBN.

The video magazine, according to the agency, is dedicated to women empowerment — “a platform where women get to empower other women and where they can share their stories of inspiration to their fellow Filipinas."

Joining Alexa in the episode were her "Slaymates" Thamara Alexandria, Sharina Villena, Alyssa Exala, and Missy Aquino. Here's a look:

Currently, Alexa stars in the iWantTFC series Run To Me, opposite her onscreen partner and the cover star of Slay's counterpart, Flex, KD Estrada.