Anne Curtis and Erwan Heussaff’s daughter Dahlia appears to be a junior master chef in the making. 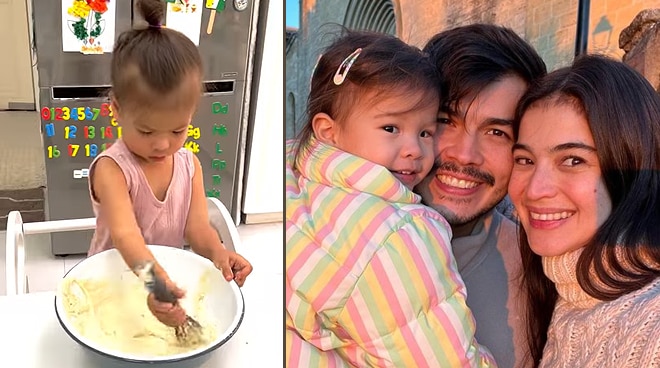 Anne Curtis and Erwan Heussaff’s daughter Dahlia Amelie learned how to make pancakes — and fans couldn’t help but gush over her newly-acquired skill in the kitchen.

Thirty-five-year-old content creator Erwan shared a video of Dahlia in a Masterchef-like mode, mixing the ingredients for the pancakes. No doubt, Dahlia got it from her papa.

Before she started pouring each of the ingredients for the pancakes, Dahlia uttered the words, “I’m making a pancake.”

Towards the end of the video, Dahlia can be seen munching on the pancakes she and her dad made for both of them. Naturally, she liked it as she chuckled after tasting their “culinary masterpiece.”

“She’s after my job,” Erwan joked in the caption of the video.

Born Dahlia Amélie Heussaff, Anne and Erwan’s little one was born on March 2, 2020 in Australia. She turned two this year, marking her second birthday with a floral-themed outdoor birthday party.

It can be recalled that Anne took a hiatus from showbiz to focus on raising her daughter.

Anne is set to return soon to It’s Showtime where she’s one of the mainstay hosts.