Harry Styles released his new album Harry's House on May 20. 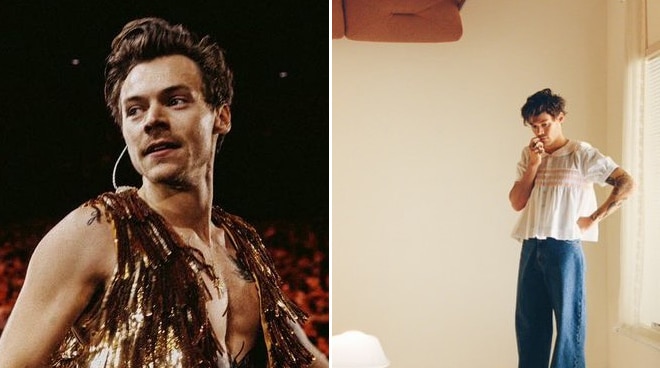 The album contains 13 tracks including Music for a Sushi Restaurant, Late Night Talking, Grapejuice, Daylight, Little Freak, and his hit single As It Was, among others.

The 28-year-old singer described his new record as the most diverse among all the albums he released so far, citing the various influences that inspired him to complete it.

"I'd say this new album is kind of the most diverse in terms of influences that I've had and people who influenced my life and I feel like it's kind of a collection of all my favorite things and very much like the album I've always wanted to make so I am really happy that it's coming in," he said in his interview in the Today Show on the eve of his album release.

One fan in the show then asked Harry which song was the most difficult to make in the entire album.

"The hardest song to write was probably I would say 'Boyfriends.' There was a lot of different versions of it. We tried to work out the best version for the album with different guitars, different vocal arrangements too, and stuff," he stated.

Meanwhile, in an interview in the Open House Party Podcast, the singer was asked how he was feeling leading up to making his third album.

“I think in general the kind of new feeling for me was it's kind of the most like relaxed I think I felt putting music out,” he said in the interview.

“I guess I just feel good about what the album is and excited about kind of it being the time to start sharing it with people, playing it loud and stuff like that. I feel really good about it and relatively relaxed,” he added.

“I think it is an exciting place to make music from,” he continued.

Harry also shared the song he is most excited to perform live for his fans saying: “I am looking forward to playing ‘Daylight’ a lot because it's fun to play stuff like that and I think it will be a fun one live.”

The singer also talked about his pre-show “rituals” when he performs in a live audience.

“My before on stage is probably much calmer than you think. I warm up and then I kind of like stop talking before that and I will eat something and then it will all get quiet and zen for me backstage,” he shared.

Asked if he still feels nervous when playing live in a show, he said: “I do. It depends what it is. I think there is always a level of nerves and the band talks about it all the time. It's like making every show like it is the first and last every time and I think when you try to give it so much all the time I think you always want it to be the best show so there is always a little bit of nerves. But I enjoy it so much so I always get kind of excited as well.”