Vice Ganda gives away P5,000 each to ‘It’s Showtime’ staff

Vice Ganda surprised the staff and crew of the noontime show ’It’s Showtime’ with a gift. 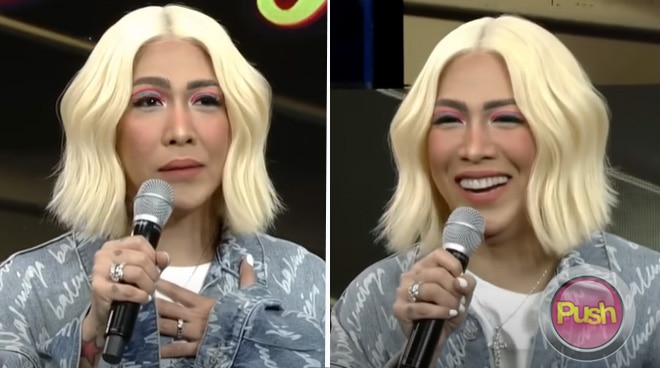 Last Friday, May 20, Vice Ganda gifted each staff and crew member of It’s Showtime, all 130 of them, with Php 5,000 each. Those watching at home were also given a chance to receive the cash gift from him.

“Consider it as an early Christmas gift,” is what Vice told the staff while he was explaining why he decided to give them the money even if the Christmas season is still months away.

The 46-year-old comedian wanted to pay it forward to those who have been helping him since the beginning of his career. He claimed that it was time to make sure everyone that he worked with got something nice once in a while. Vice shared that he woke up feeling blessed and very much grateful to have these people surround him.

Vice was also ready to give out Php 10,000 to five lucky viewers. By using the show’s hashtag of the day, #ShowtimeVeryFunny, viewers could enter the raffle and have the chance to win the prize.

While this may be a surprise to many of the viewers, fans of Vice are already used to the philanthropy work of the comedian. He constantly finds ways to help out those who are in need. The blessings he receives from his work, he continues to share it with others because he believes that he is being used by the Lord to share with others.