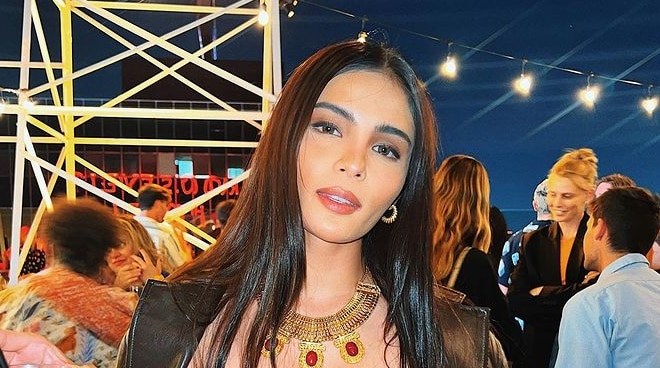 The Kapamilya star was recognized for her role as Lori in the 2019 drama film Latay. The film is about a modest fisherman, played by Allen Dizon, who suffers from domestic violence at the hands of his wife.

In an Instagram post, Lovi wrote: "Such an honor to receive the Gawad Tanglaw for Best Actress award for my role in Latay. I really appreciate this recognition — it brings light to the message of our film in making more people aware of domestic abuse towards husbands."

She also thanked her nephew Brian Poe Llamanzares, the son of her sister Grace Poe, for receiving her best actress award on her behalf.

Addressing Brian, she said: "Your support means so much to me. Thank you for doing this and for always having my back."

Aside from Lovi, several Kapamilya actors also bagged awards at the 19th Gawad Tanglaw, including Iza Calzado and Jodi Sta. Maria as Best Actresses in a drama series, JM de Guzman as Best Actor in a TV series, Michael de Mesa as Best Supporting Actor, and Enchong Dee and Shaina Magdayao as recipients of the Jury Award for Film Acting Excellence, alongside Iza.