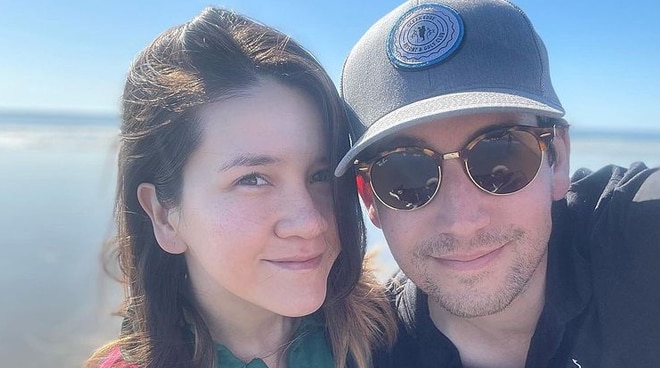 There have been numerous testimonies of people who have found their true love on dating apps — and one of them is former child star Serena Dalrymple.

Serena, who has been staying in the US for several years now, took to social media to share her experience of meeting her boyfriend of four years on the dating app Bumble.

But what Serena didn’t know was she would end up marrying her afam (or the Filipino slang for foreigner) boyfriend Thomas Bredillet whom she described as smart and sweet.

“4 years ago today, I went out on a date to meet this French dude I matched on Bumble. Who knew that I’ll end up marrying this handsome smart sweet American dude this year?” she wrote in the caption of her post.

One of her closest friends in showbiz, Carlo Aquino, commented on her post saying seemingly showing interest in the app.

Dubbed as a “child wonder,” Serena has appeared in numerous films and TV shows during her days as a child in the Philippines.

It was in 2010 when she made her last film through the hit comedy franchise Tanging Ina.

Serena eventually moved to the US where she found her success both in her career and in love.

She earned her master's degree in international business from the Hult International Business School London in 2014.