Jennylyn Mercado has given birth to her child with her husband Dennis Trillo. 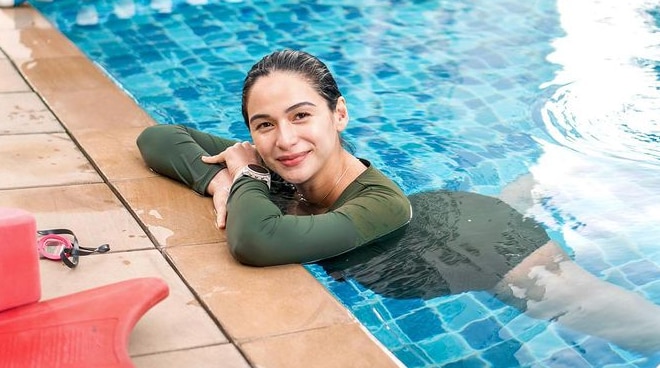 Jennylyn Mercado has given birth to her child with her husband Dennis Trillo.

The couple shared the wonderful news in their most recent vlog where a still-pregnant Jennylyn gave a tour of their baby's completed nursery.

The last part of the almost 17-minute video revealed that the actress already gave birth to their child in late April at St. Luke's Medical Center.

As of this writing, both Jennylyn and Dennis have yet to introduce their newborn child to the public.

It was in October 2021 when the couple first announced Jennylyn's pregnancy, as well as their engagement.

The two went on to tie the knot in a civil ceremony on November 15, 2021. That same month, they revealed that they were expecting a baby girl.

Jennylyn has a son with her former boyfriend, actor Patrick Garcia, while Dennis has also a son from his past relationship with former actress and beauty queen Carlene Aguilar.