Ogie Alcasid on putting up his own talent management agency: ‘I think we’re doing something good here’

Ogie Alcasid reveals why he opened his own talent management agency almost six years ago. 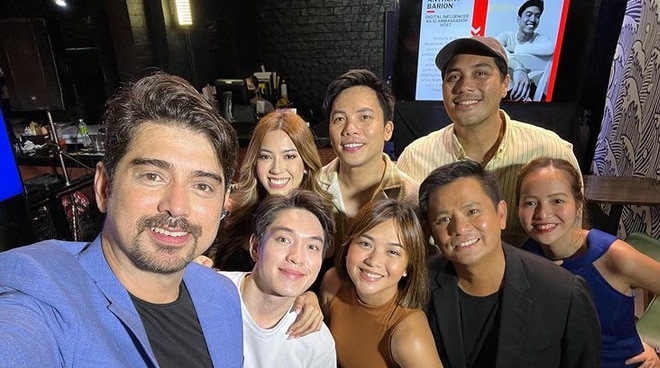 After coming back from his recent concert tour in the US earlier this year, singer and It’s Showtime host Ogie Alcasid said he is happy that the local entertainment industry is slowly getting back on its feet. His talent management agency A Team officially welcomed Ian Veneracion into their family last May 16 during a press conference.

Ogie shared his optimism during the event and introduced their company’s other talents during the presscon.

I think reading ready na yung audience natin. Kita niyo kahit sa sports madami ng nanunuod. Sa mga party, sa mga rally, everybody is out. So just like any other thing, you just have to be careful and be mindful of all the protocols.

Working with a supportive team under him, the talented singer and actor shared why he felt the need to put up the A Team.

“I think ni hindi sa panaginip hindi ko ma-i-imagine na magiging manager ako. However, I guess in my desire and my passion to help artists who have no managers and fulfill their dreams, that’s why I formed A Team.

“A Team stands for Alcasid Total Entertainment Artist Management. We were established 2016.

“So if there is a level of fulfillment in that, I feel good especially having a great team behind me who believes in our objective, in what we want to do and achieve with our talents,” he admitted.

Aside from helping manage Ian’s career, Ogie hinted at coming up with more exciting creative projects for the actor-turned-singer.

“Of course we cannot help everybody. It has to be a match between our company and the talent. And I believe in Ian we have found a match. I believe we complement each other in terms of his goals and our goals for him. I’m over the moon. I’m really, really excited,” he added.