Andrea Brillantes was among those who congratulated Seth Fedelin and Francine Diaz following the announcement of their new series. 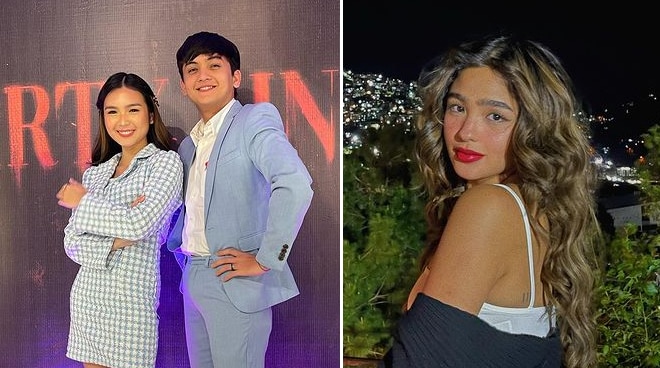 Francine Diaz and Seth Fedelin of the popular The Gold Squad are set to reunite onscreen via the new ABS-CBN teleserye Dirty Linen, it was announced on Tuesday, May 17.

The two will be joined by Janine Gutierrez and Zanjoe Marudo in the series produced by Dreamscape (FPJ's Ang Probinsyano, The Broken Marriage Vow), with directors Onat Diaz and Andoy Ranay at the helm.

Francine shared the exciting news with her fans and followers on Instagram, saying she is grateful to be part of the project and is very excited to be working with brilliant directors and a stellar cast.

Seth also shared the wonderful news on his page, with a message of gratitude to ABS-CBN and Dreamscape, his co-stars, and his newest leading lady.

Among those who reacted to his post was Seth's former onscreen partner and girlfriend Andrea Brillantes. The actress wrote "Congrats!!", followed by a string of emojis of a blue heart, smiling face, and sparkles. Although this isn't the first time that Francine and Seth are working together on a series — the two have previously co-starred in the hit teleseryes Kadenang Ginto and Huwag Kang Mangamba—Dirty Linen marks their first project as officially onscreen partners.

As of this writing, an airing date for Dirty Linen has yet to be announced.